Mission San Luis Rey, the King of the Missions 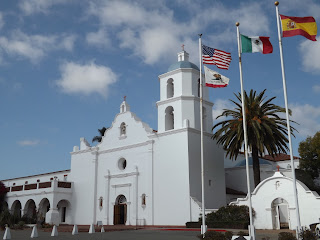 Founded on June 13, 1798 by Padre Fermín Lasuén, Mission San Luis Rey de Francia (Saint Louis IX, King of France, who led crusades to the Holy Land in the 13th century) was the eighteenth of the Spanish missions established in California. The Mission was led by Father Antonio Peyrí from its founding until secularization.


It is called “the King of the Missions” because it is the largest of all the Alta California missions.  At its prime the Mission San Luis Rey's structures and services compound covered almost 950,400 acres. By 1830, the mission was the largest building in California.  The San Luis Rey Church, completed in 1815, is the only surviving mission church laid out in a cruciform plan. It is 165.5 feet in length and the nave spans 27.5 feet in width by 30 feet in height. A cupola - unique among the California missions - is an octagonal lantern formed of 144 panes of glass. It tops the wooden dome built over the sanctuary in 1829. The first Peruvian Pepper Tree (Schinus molle) in California was planted here in 1830, now iconic, widely planted, and renamed the California Pepper tree in the state. 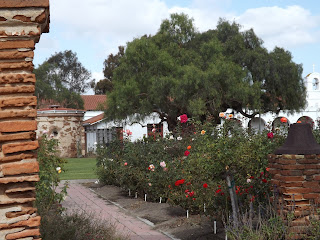 
An early account of life at the Mission was written by one of its Native American converts, Luiseño Pablo Tac, in his work Indian Life and Customs at Mission San Luis Rey: A Record of California Mission Life by Pablo Tac, An Indian Neophyte (written circa 1835 in Rome, later edited and translated in 1958 by Minna Hewes and Gordon Hewes). In his book, Tac lamented the rapid population decline of the Luiseño, of his people:


In Quechla not long ago there were 5,000 souls, with all their neighboring lands. Through a sickness that came to California 2,000 souls died, and 3,000 were left.


The Mission-born, Franciscan-educated Tac noted that his people initially attempted to bar the Spaniards from invading their Southern California lands.


When the foreigners approached, "...the chief stood up...and met them," demanding, "...what are you looking for? Leave our Country!"


Pablo Tac went on to describe the preferential conditions and treatment the padres received:


In the mission of San Luis Rey de Francia the Fernandiño [sic] father is like a king. He has his pages, alcaldes, majordomos, musicians, soldiers, gardens, ranchos, livestock....


In July 1847, U.S. military governor of California Richard Barnes Mason created an Indian sub-agency at Mission San Luis Rey, and his men took charge of the mission property in August, appointing Jesse Hunter from the recently arrived Mormon Battalion as sub-agent. Battalion guide Jean Baptiste Charbonneau, the Native American Shoshone child of Sacagawea who had traveled with the Lewis and Clark Expedition forty years earlier, was appointed by Mason as the Alcalde (Municipal Magistrate) "within the District of San Diego, at or near San Luis Rey" in November 1847. Charbonneau resigned from the post in August, 1848, claiming that "because of his Indian heritage others thought him biased when problems arose between the Indians and the other inhabitants of the district."  The mission was used as an operational base by U.S. soldiers until 1857. 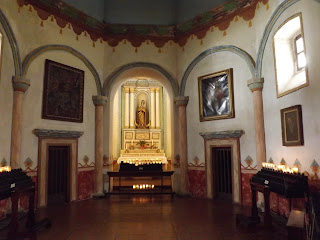 The Mission's religious services restarted in 1893, when two Mexican priests were given permission to restore the Mission as a Franciscan college.  Today, Mission San Luis Rey de Francia is a working mission, cared for by the people who belong to the parish, with ongoing restoration projects. The mission complex functions as a parish church of the Diocese of San Diego as well as a museum and retreat center.


Learn more about the missions and other great places to visit along the coast in “Along the King’s Road: A Guide to Touring the California Missions.” Get a copy now!
Posted by Meredith Cherry on November 06, 2015