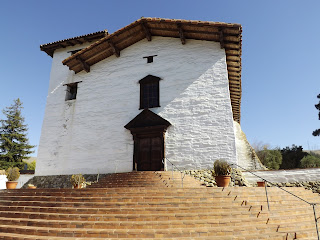 Mission San Jose was founded on June 11, 1797 by Father Fermin Francisco de Lasuen on a site which was part of a natural highway by way of the Livermore Valley to the San Joaquin Valley.  The Mission's first permanent adobe church was dedicated with great ceremony on April 22, 1809.   The mission was named for Saint Joseph, husband of Mary.


By the end of the first year it had population of 33 newly-converted Catholic Indians.  By the end of 1805 nearly all the east bay peoples were at the missions. A devastating measles epidemic reduced the mission population by one quarter in 1806, but the population rebounded with an influx of native peoples from neighboring regions. 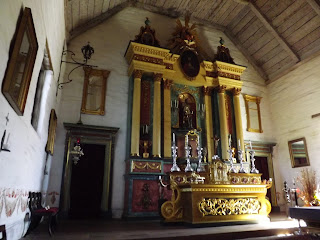 Father Durán became the pastor of the mission in 1806.  He trained the residents in music, organizing both a choir and a 30 piece orchestra that became famous throughout California.


Mission San Jose, which was well managed and located in an area with rich soil, had the second highest agricultural production of the 21 missions (approximately 289,000 bushels of grain and produce). San José also had extensive olive and fruit tree orchards and there was a large vineyard near the mission quadrangle. San Jose rapidly became known for the quality of its olive oil, fruit and produce. 1832, the mission had 12,000 cattle, 11,000 sheep, and 1,100 horses. 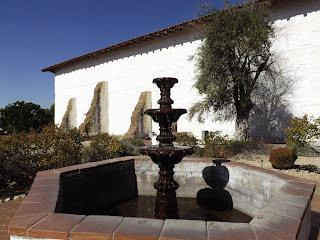 The Mission entered a long period of gradual decline after secularization in 1834.  During the California Gold Rush, H. C. Smith converted the Mission to a general store, saloon and hotel.  In 1853, the church became the local parish church. Some of the original exterior adobe buttresses (designed to strengthen the walls against earthquake damage) were removed on orders of the parish priest.  On October 21, 1868 a 7.0 magnitude earthquake on the Hayward fault which runs through the grounds of the Mission shattered the walls of the Mission church and broke open the roof. Other Mission buildings, including the Tienda, and the Priest's Quarters were also damaged by the earthquake.


The site was almost entirely cleared and a wood-framed, Gothic-style church was erected directly over the original red-tiled Mission floor. In 1890, a Victorian-style rectory was built over the site another wing of the original mission.


Plans to reconstruct the church of Mission San José were launched in 1973. The Victorian-style rectory and the Gothic-style wooden church were both relocated. After extensive archaeological excavations and planning, construction began in 1982 on a replica of the 1809 adobe church. Work was completed and the facility rededicated on June 11, 1985. 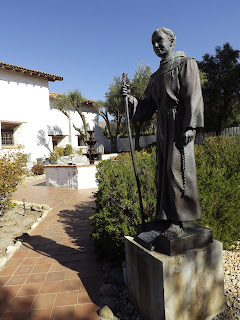 The walls vary in thickness from 4 to 5 feet (1.5 m). Old timbers and rawhide thongs demonstrate the practicality of the padres who, having no iron nails for building, substituted the leather laces.  The lumber used in the reconstruction has been given a hand-hewn appearance.  The mission bell tower contains four original bells.  Mission San Jose is considered to be a near-perfect replica of the original church, though it incorporates a concealed structural steel frame which provides earthquake resistance. Further reconstruction of the missing part of the padres' living quarters and a restoration of the surviving adobe wing are part of the overall plans for the Mission. The mission contains many original elements, including the baptismal font, several statues, the four bells, and parts of the altar railing. The old mission church remains in use as a chapel of Saint Joseph Catholic Church.


Learn more about the missions and other great places to visit along the coast in “Along the King’s Road: A Guide to Touring the California Missions.” Get your copy here!
Posted by Meredith Cherry on October 20, 2015