Mission Dolores,witness to the history of San Francisco 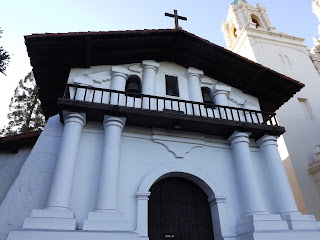 Mission San Francisco de Asís was founded June 29, 1776. The settlement was named for St. Francis of Assisi, the founder of the Franciscan Order, but was also commonly known as "Mission Dolores" owing to the presence of a nearby creek named The Creek of Sorrows (“Dolores” being Spanish for “sorrows”) due to the founding Friars having discovered it on the Friday of Sorrows (the Friday before Palm Sunday).


Mission Dolores is the oldest intact building in the City of San Francisco and the sixth to be established by Father Serra. The Mission has been a witness to the span of San Francisco's history including the California Gold Rush and the 1906 San Francisco Earthquake. The Mission Cemetery is the only cemetery that remains within the City limits. The Cemetery is the final resting place for numerous indigenous peoples as well as notable California pioneers.  Cemetery markers date from 1830 to about 1898. 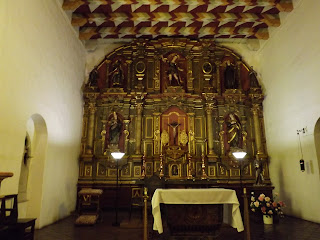 During its peak years, from 1801 – 1821, the population was around 1000, but declined sharply in the later years to only 204 by 1832. The mission was plagued by disease and many of the native people deserted.  After secularization, the population dwindled to a mere eight natives.


The California Gold Rush brought renewed activity to the Mission Dolores area. In the 1850s, two plank roads were constructed from what is today downtown San Francisco to the Mission, and the entire area became a popular resort and entertainment district. Some of the Mission properties were sold or leased for use as saloons and gambling halls. Racetracks were constructed, and fights between bulls and bears were staged for crowds. The Mission complex also underwent alterations. Part of the convento was converted to a two-story wooden wing for use as a seminary and priests' quarters, while another section became the "Mansion House," a popular tavern and way station for travelers. By 1876, the Mansion House portion of the convento had been razed and replaced with a large Gothic Revival brick church, designed to serve the growing population of immigrants.


In the 1906 earthquake the mission was not damaged but the church next to the mission was destroyed and it was never rebuilt; what remains has been preserved in close to its original state.  However, the ensuing fire touched off by the earthquake reached almost to the Mission's doorstep. To prevent the spread of flames, the Convent and School of Notre Dame across the street was dynamited by firefighters; nevertheless, nearly all the blocks east of Dolores Street and north of the mission were consumed by flames. 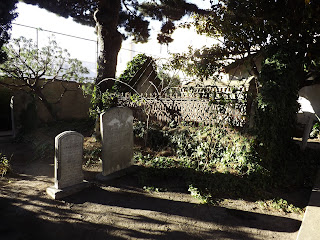 Though most of the Mission complex, including the quadrangle and convento, has either been altered or demolished outright, the façade of the Mission chapel has remained relatively unchanged since its construction in 1782–1791, and the artwork on the chapel ceiling is the original design (although subsequently restored).  The Cemetery and Gardens of Mission Dolores are located adjacent to the Old Mission. The beautiful gardens have been restored and planted with traditional native trees, shrubs, flowers, and plants from the 1791 period.  In 1913, construction began on a new church (now known as the Mission Dolores Basilica) adjacent to the Mission, which was completed in 1918.


Learn more about the missions and other great places to visit along the coast in “Along the King’s Road: A Guide to Touring the California Missions.”  Get your copy!
Posted by Meredith Cherry on October 19, 2015