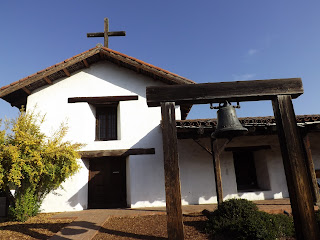 The Sonoma mission was founded in July 4, 1823 as the last of the 21 missions.  It was named for Saint Francis Solano, a Spanish Franciscan who served for 20 years as a missionary in Peru and Paraguay. It is the northernmost of the mission chain, located in the Napa Valley, an area better known for its wines than its important history. 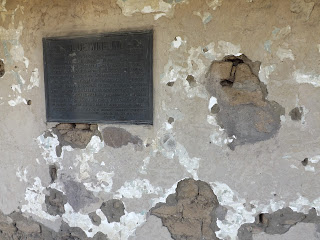 By 1839, just 5 years after secularization, the Mission was partially in ruins and unoccupied. Through the post-mission era the Mission saw many different uses, among these a blacksmith's shop, a barn, and even a storeroom. In 1841 General Mariano Vallejo had the small chapel built to serve the pueblo of Sonoma as a replacement for the ruined main chapel.  His mother-in-law, Maria Ygnacia Lopez de Carrillo, the first resident of Santa Rosa, is buried at the entry to the chapel. General Vallejo, who had control of Sonoma until the American takeover, "rescued" all the plantings from the mission vineyard and replanted the vines at his ranch. The large chapel has never been rebuilt to this day. 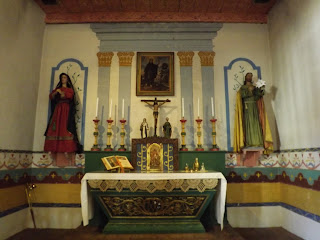 In 1846, American settlers established the short lived California Republic, headquartered in Sonoma, in what has come to be known as the "Bear Flag Revolt." It was during this time that the Mission was sold to a man who used the chapel entrance as a saloon and stored his liquor and hay in the chapel. 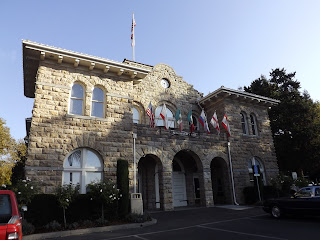 The Mission eventually became a parish church serving the Pueblo and Sonoma Valley until it was sold to a private interest in 1882. In 1903, the California Historic Landmarks League bought the remains of Mission San Francisco Solano through the contributions of newspaper magnate William Randolph Hearst, who also assisted in the restoration. Initial restoration was completed in 1913. 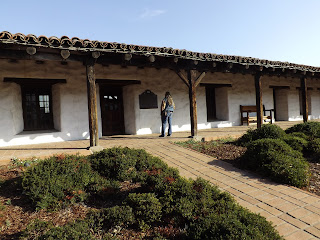 The current church is an authentic restoration of the 1840 church. The Padre’s Quarters, built in 1825, and which now houses the museum, is the oldest building in Sonoma. The museum contains a collection of mission watercolors by Chris Jorgensen, which illustrate the condition each of the 21 missions was in before restorations began. A wooden frame outside the mission entrance holds one of the original bells, which was cast in 1829.  The names of the Indian neophytes of the Sonoma Mission have been carved into a commemorative wall on the west side of the mission church. 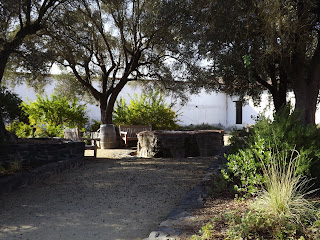 The courtyard has been replanted to show what may have grown in the mission gardens, including a prickly pear cactus which served both as a living fence and a food source. Figs and olives, both important mission-era foods, have also been planted.


Learn more about the missions and other great places to visit along the coast in “Along the King’s Road: A Guide to Touring the California Missions.” Get your copy!
Posted by Meredith Cherry on October 17, 2015