April was basically a terrible month, and I’m glad it’s over.  But it wasn’t all bad.  With all the problems and changes I had to deal with, I still managed to make time for my new year’s resolution, my “52 weeks of hands-on learning.”  So for those of you who are enjoying this blog series, here’s what I learned and tried in April:


I guess it’s not quite accurate to say that I “learned” to ice skate this month.  I used to ice skate on occasion as a child. But the last time I put on ice skates was probably 20 years ago, so anything I knew how to do then or any muscle memory is long gone.

While visiting Portland with friends, I spent nearly 4 straight hours on the ice, during I went from wobbling and clutching the rail to zooming around the rink and doing some basic spins.  Actually, I figured out the spin thing while trying to figure out how to stop mid-rink. Never did figure out a true stop, but I could turn really fast to avoid a collision, which I think counts as almost as good!

Plus, I’m super proud of myself for not once falling down. 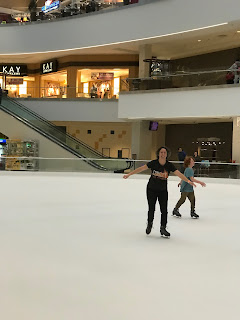 
I’ve taken a few martial arts classes before (mostly MuyThai and Escrima), and always enjoyed them.  So while I was hanging out in Lawrence Kansas, I decided to try out another form of martial art. I have to say that TaeKwonDo is not likely to every become my favorite.  Not because it was really hard to even stand in the basic poses (and it was), but it just wasn’t my cup of tea.  But I’m still glad I tried it! 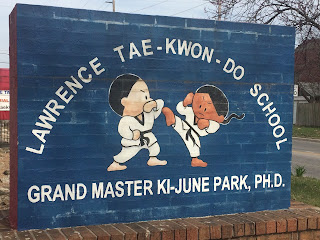 
Like ice skating, line dancing isn’t entirely new for me.  But since I haven’t done this (apart from the occasional Electric Slide at weddings)  for over 20 years, I thought I’d give it another try.  I think my regular attendance at Zumba classes helped a lot, but I’m not used to needing to memorize a choreography so when we would turn away from the mirror and instructor I had a difficult time keeping up.  I think in an actual dance, with a crowd to follow along with, I would do alright though. In any case, I had a fun time refreshing my line dance muscle memory!


No, not underwater.  That’s collegiate level, after all, and I’m only a beginner.  I took a class at the local “native store” on how to make pine needle baskets.  Did you know that pine needle baskets are actually a Germanic tradition? The native peoples did not use pine needles, at least not until they say the settlers doing it.  However, in the class I took, we made what I would call fusion baskets: the Germanic material of  pine needles, but woven using a native technique.  And using artificial sinew, which is nobody’s tradition.  I really like how mine turned out! 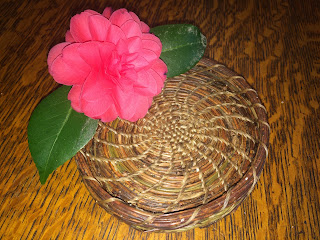 
Finally, the learning-activity I know you’ve all been waiting to hear about.  What language did I choose to study this month? For those of you who are new to this blog, this is something I’ve been doing every month, with daily lessons on the Duolingo app.  And this month’s language was.... Italian!

It’s a beautiful language, and I could definitely see spending more time learning it in the future. Here’s my favorite, most useful sentence from the whole month: 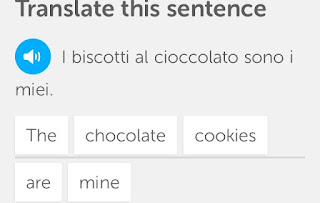