Dealing With The Unexpected 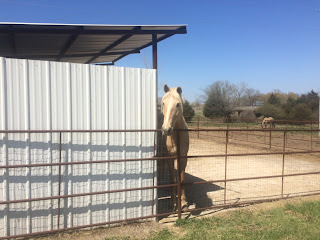 This week I had to make the most stressful decision of my ‘Ride so far.  It was not a difficult decision, and in fact was entirely logical and correct.  But that didn’t make it any less stressful for me.

When I got back to Kansas two weeks ago, I of course immediately went to see Apollo.  I’d not seen him in person since mid-November, although I had received a few poor quality photos and regular text updates both from the stable owner and from someone who I thought was a friend and horsewoman.  He had also gotten his spring vaccinations at the beginning of this month and a full vet inspection to make sure he was ready for travel. As far as I knew, from what I’d been told, he was in fine shape.

Unfortunately, this was a lie.

I was devastated to see the condition he was in.  He had been kept in a nice big pasture with “free choice hay,” but it was clear he was not being fed enough, or more accurately he was not been fed enough nutrient-rich, quality hay. He looked terrible.  (And gosh was he happy to see me).

Biting my tongue and squashing my tears, I talked with the stable owner about what she’d been doing and why he hadn’t been fed properly or even mentioned his sorry skinny state.  I am not going to point fingers here (and any finger-pointing comments from readers will be deleted).  As tempting as it was to write a blog post about how I was wronged, finger-pointing, in my humble opinion, does not fix a problem.  Instead, I am working to actually fix it.

I at first was hoping against hope that I could just hang out in Kansas for a couple of weeks, feed him as much grain and Cool Calories (my favorite supplement, and no I don’t get paid to say that) as he could safely eat, and get him back up to correct weight quickly.

But upon further reflection, I decided that even if he could technically be ridden after two weeks of intensive feeding, that is not fair to him.  It would be better instead to let him get entirely better, and even a little bit fat, before starting out.  And since I don’t have any deadlines to meet, there’s not really any reason to NOT wait.

So I’m waiting.  He is now in his own stall with grain and supplements twice daily, good grass hay, and someone I can actually trust checking on him.  He’s already visibly begun putting weight back on.  Since he’s otherwise in fine health and sound, there’s no reason to think I should have any further delays. I already have my plane tickets to get back there in late June.

It irks me to have to wait another two months to begin this year’s ‘Ride, but Apollo’s health and safety come first. There was no real second option.

I sure hope June gets here soon! 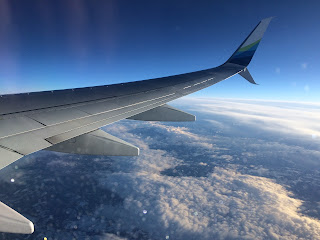