Letters From The Past 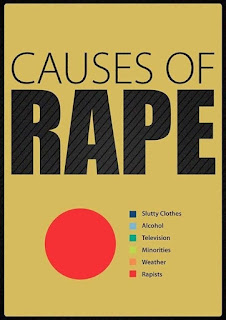 I’ve spent the whole last week going through all of my belongings on a tidying up spree, a la the KonMari technique.  If you’ve not read “The Life Changing Magic of Tidying Up,” get yourself a copy.  It’s beautifully written and wonderful to follow.

The final step of the KonMari technique is to go through all your “sentimental items” such as keepsakes, mementos, souvenirs, childhood items, photos, and old letters.

In going through these things, I came across a shoebox full of letters I’d exchanged with friends in 4th through 12th grade.  Eagerly but tentatively I opened the long forgotten box.  Real letters! Gosh, I feel old just admitting that I grew up in the early days of email when we still also sent real letters too.

What treasures! (and a whole lot of silly nonsense not worth saving).  An 11th birthday card from my grandparents.  A drawing of a horse from a friend during 6th grade.  The funny notes my best friend and I passed back and forth one day in church in some unknown year during elementary school.

There were letters from several friends from school who moved away to far off states. Min, Dawn, Jenny (I’d completely forgotten about Jenny!). Also from friends who had never lived close.  Abigail, Rosemary, Laura.

But then I found the one letter that haunted me for years and years.  When I was 16, and my distant friend was 14, I received this one of so many letters.  We’d been friends for four years, since Girl Scout summer horse camp where she rescued me from spiders and I her from lizards and the scary night sounds of the forest where we spent a week sleeping under the stars.

In those carefree days, we’d bonded over our love of horses and the general goofiness of girlhood.  We would visit each other often, despite the hours of driving that our parents had to cross to treat us to a weekend together.

But then hard times came for her.  Her father committed suicide. Her torn family moved to a bad neighborhood, where gangs roamed and illegal drugs were as easy to get as a Hershey’s bar (or so it seemed to me, from my own sheltered life).

In this envelope, there were two letters.  “Read this one first!” And “Read this one second!”  The second one was written first, and as I read them both (in the instructed order of course) I could see the  second was basically a draft for the first.  Although she did not write it with that intention, I could see the thoughts of the first which meant the most were expressed again in the second.

This sad, sad letter that occupied a place in my mind for so many years... In both versions, she began by imploring my forgiveness and understanding.  That she was not “a bad influence” as she was sure my parents would tell me, and “don’t hate” her for what she did.  Because, as she explained, it was not her choice.

What was this bad thing that she feared would end our friendship that had lasted a quarter of my whole life thus far?  She had been raped.

She explained to me in the letter that she had lost her “V” as she put it, by a former boyfriend who forced her and then beat her.  They were broken up by the time she wrote.

I remember being frightened for her when I read it, and I still regret not telling anyone.  Clearly she was worried that if my parents found out they would not let us be friends.  But I knew this was the sort of thing you were supposed to tell your parents about, because they could help.

I never told a soul. But I worried about her for 14 years - while we were still in contact, and for the dozen plus years when we drifted apart, until we reconnected several years ago (when she was the very first to call me after I escaped my abusive husband and help ME see it was not my fault).

Now, reading that letter again, it made me sad in a different way.  That this young girl felt such shame of what had happened to her, and feared she would be blamed for it.  That she thought it was going to make her “a bad influence” and that it might jeapordize our friendship.

These fears may not have been realistic, but they were not unusual.  This is a reaction I have heard from so many victims of domestic violence and of sexual assault. And it is so very sad that these victims must deal with such fears on top of the other traumas (emotional and physical) of what they have experienced.  I know of no solution except to talk about it.  To express these things so others know that they don’t need to fear these reprocussions.  So they can be assured that we all know it is not their fault.
Posted by Meredith Cherry on January 21, 2018