52 Weeks of Learning... The Beginning 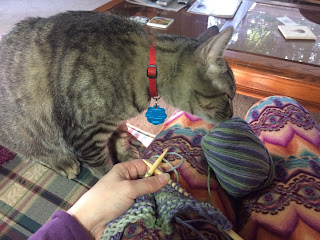 For my New Year’s resolution this year, I decided I want to develop new skills and try new things.  Last year I had resolved to read more non-fiction, which I did and which I enjoyed.  But reading to learn new facts is not really the same thing as learning by doing.  And that’s what I’m trying to do this year with my “52 Weeks of Hands-On Learning.”

So for the first four weeks of January, I had four new things to learn and try.  I successfully “completed” them all (that is to say, I completed them to some basic proficiency).  And I had fun doing it, too.

Here’s what I did for the first four weeks of my 52 Weeks of Learning:

#1 - I took Spanish lessons, or should I say... Estudio espanol.  I used Duolingo, a free language learning app.  After the first week, I decided that language skills should be spread out daily throughout a whole month to actually make any progress. So now I plan on doing a language a month, with a few short lessons every day.  For January, I was able to learn a bit nearly every day, and the app says I am now 40% fluent!  That seems like a bit of a stretch, but I am definitely quicker at picking up new words and can come up with basic sentences on a variety of topics. 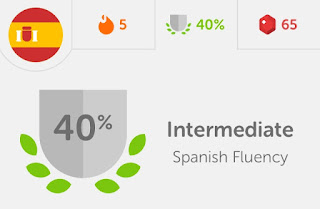 #2 - I experienced the joy of tidying up.  Last year, I had read Marie Kondo’s excellent book on the subject, and I decided that as part of my “trying things” I would put what I read into practice.  This was by far the most time consuming of all four things this month, but ever so satisfying. I don’t own much to begin with, but it was amazing the number of trash bags I filled with old school projects and homework (I don’t know why that was saved in the first place, but it certainly doesn’t bring me any joy now). 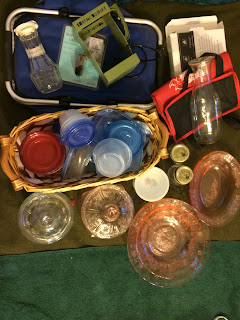 Before: storage jars and containers 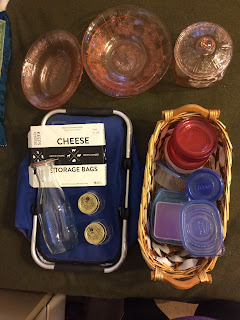 After: Only keeping the containers with matching parts makes a big difference!

#3 - I solved the Rubik’s Cube.  I have owned one of these since my earliest childhood memories.  It may have been my dad’s even before that, for all I know.  Anyway, it spent decades on my shelf and then in a box (where I found it in Week 2), and though I would occasionally attempt it I never got further than solving one side.  Fortunately for me, there are plenty of tutorials online to teach you have to solve it.  And I did! It took nearly two hours and I had to start over once, but in the end I figured it all out. 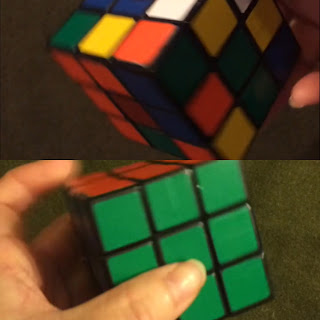 #4 - I learned how to knit. For my first project, I made a dishcloth with instructions from my co-worker and knitter extraordinaire Debbie.  It came out pretty good, even with Hermes helping! Actually he was not very interested in my knitting, which surprised me. He checked out the ball of yarn for a moment, chewed the end of the knitting needles, and then went to take another nap. I feel like I’ve mastered the basics well enough to advance to project number two, a scarf that requires a more advanced cabling stitch (and obviously enjoyed knitting enough to do a second project). 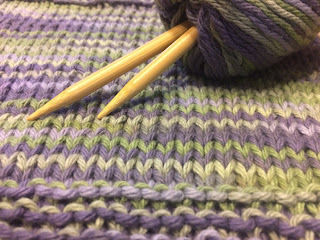 I’m looking forward to February and another four weeks of fun new tasks.  First up on the list, my new language lessons... but you’ll have to wait until the end of the month to see what’s on the agenda.