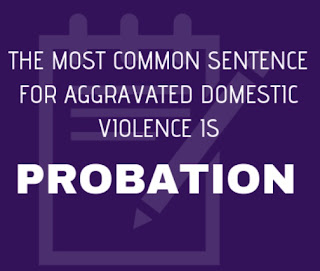 In the last blog post, I talked about some changes that could be made to improve the way police handle domestic violence calls.  The police’s job is to enforce existing law, but when the legal system itself doesn’t protect the victim, there is sometimes very little an officer can do.

Federally, there are some felony laws about domestic violence.  It is a felony to cross state lines to harass, stalk, or physically harm an intimate partner. Federal law does not apply to the same crimes committed without crossing a state line. It also only applied to “intimate partners” which does not include dating violence, or if you had never married and are now living separately when the violence occurs, and some other such situations.   It is also a felony to possess a gun if you’ve been found guilty of certain domestic violence laws. This does not cover all domestic violence convictions.

Not all states have criminal laws against domestic violence.  Approximately 12 states leave it in the civil code, where the potential penalties for abusers is much reduced - and when it’s not a crime (ie, not in criminal code) it is difficult if not impossible for police to arrest an abuser.  If it’s a civil crime, the victim may need to file a lawsuit to have their abuser brought to justice - an expensive and difficult process that few victims want to, or would be able to, successfully do. Stricter laws for abusers and increasing the penalties for committing domestic violence are needed in many states. Abuse should be a crime, period.

Further, most states’ domestic violence laws - whether criminal or civil - only cover physical crime, and sometimes harassment or stalking.  Emotional, psychological, financial, etc are not usually covered under the law.  Physical abuse that doesn’t involve actual battery - such as withholding access to food or other needs from the victim - may not be covered. Domestic violence is more than just battery; it should be against the law to commit any kind of abuse.

Less than half of states consider it a crime to commit domestic violence in front of a child witness. Of those that do, most only will charge for that crime as a kind of bonus to other charges, and not as a separate offense (this does matter, although I’m not a lawyer and can’t explain the nuances well). Children should be protected from witnessing domestic abuse in every state.

No state agrees on what exactly constitutes a relationship that qualifies for “domestic” abuse - is it just spouses and ex-spouses? Also other relatives? Also someone you’re dating? Etc. Every victim of domestic abuse should be protected, regardless of marital, housing, or other status, and their families too.

Further, different states have different criteria - and even different names - for what is generally called a restraining order or a protective order.  Pennsylvania, for example, calls it a Protection From Abuse (PFA), which is more limited in its scope than a more standard PO. There are also different rules about enforcing it if you receive a PO in one state and then move to another state. It can also be difficult to get a PO if you’ve moved across state lines first, for safety, but still want to be protected by this legal device. There are too many loopholes and problems with being able to receive legal protection such as a PO.

Some states have mandatory reporting laws for medical professionals who suspect their patient is a victim of abuse.  Interestingly, Wyoming and New Jersey both have laws that ANYONE who suspects abuse must report it (I would be willing to bet that it hasn’t changed the number of reports made, versus other states, but it is an interesting law in theory). Mandatory reporting is good in theory but it has been shown to prevent women from seeking medical attention for fear of retribution when their abuser is questioned. Perhaps a solution could be found?

Some states have good laws, like the ones that allow victims to terminate a home lease early without penalty, if they have proof such as a PO or police reports of abuse. However, some states laws allow a landlord to evict their tenants if the police are called too many times. Early termination laws are a good example of the law helping victims. Bad eviction laws are obviously not.

Court procedures could also use some changes.  Too many times, the victim is forced into court with her abuser.  This is psychologically beyond-awful, and potentially dangerous too if the abuser can take the opportunity to cause harm (especially if the victim has been in hiding).  When the court matter could be resolved between opposing lawyers and a judge or mediator, courts should be more lenient with requiring a victim to attend in person.

Some legal issues I’ve either experienced or heard about from other survivors are also good examples of bad laws.  Being unable to prove abuse happened is common, especially in combination with ineffective or hostile police intervention prior to the court proceedings. This leads to all sorts of injustices such as an inability to get a PO, difficulties with custody battles, etc. Sometimes, even when abuse has been proven, a judge will overlook that in his or her verdict especially in civil cases.

Then there is simply the matter of legal costs.  For most situations, a victim will need to hire a lawyer. This is terribly expensive. Depending on the type of case, a victim may choose to not press charges or file a lawsuit or fight harder in court for a fair divorce or custody, because they cannot afford to and/or because it is too emotionally difficult.  Court battles can drag out a very long time (something else that could be fixed in court procedures), especially if the abuser decides (as they sometimes do) to use the legal battle as a further means of hurting their victim through intimidation and financial ruin.

Please keep in mind that I am not a lawyer, and this blog is from my own research and should not be taken as legal advice etc. Not being a lawyer, I wouldn’t even know how to go about fixing this either.  Yet something neeeds to change, as time and time again I hear from other survivors of the terrible injustices they faced in the legal system, whether for a daughter that was murdered by her boyfriend or husband, or a young mother who was filing for divorce and custody.