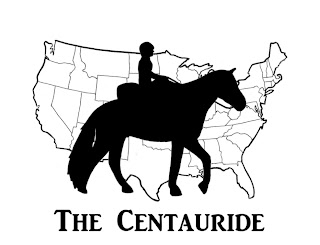 Nearly* everyone whom I meet has lots of questions about my journey, and reasononably so.  When else have you met someone who has travelled over 7000 miles on a horse?

Sometimes, though, people worry about asking me questions, because they’re sure I’m tired of answering them.  I’ll admit that a few of these FAQs do bore me, but for the most part I don’t mind answering questions or telling stories.  New stories happen to me every day, so my answers - or at least my examples to the answers - do change as I go, which keeps the telling more interesting!

This is the only question that I really do get tired of.  I think that is because it’s not so simple to pick a favorite when you’ve travelled this much.  Favorite in what way? The scenery? The food? The people? The culture? The weather? The roads and ease of traveling by horse? The interesting sights and fun adventures?

The other problem with this question is that people expect a one-word answer. I can’t do that though (obviously, as I’m now in my second paragraph of explanation!), because I have too many favorites for different reasons. Also, I’ve had awesome days visiting a town or area of some states (like Kansas and Idaho), not to mention having met exceptional people in each state, but which I wouldn’t pick as a favorite overall.  So, in no particular order, here are my top five states that I’ve most enjoyed visiting:

New Mexico, Oregon, Washington, Wisconsin, ... and can I just say “almost all of the midwest”?

What is on Apollo’s feet/legs?

Apollo wears bells on his “ankles” while we travel.  There are a variety of reasons for this, but predominantly to alert people and wildlife that we’re approaching.

He also wears boots instead of metal horseshoes.  They are Cavallo brand.  I prefer boots for my ride because they protect the bottom of his hooves better, keep his hoof wall stronger (no nail perforations), have the ideal traction and some cushioning on pavement, and are easier for me to deal with than metal shoes (such as finding a farrier as I go).

How far do you go in a day?

However, because I take backroads and am staying at people’s homes who are not in a straight line, my route is often more miles from Point A to Point B than in a car; in other words, although I may find a direct backroad each day, on average I go 50% further than the direct car-route over the course of a week.

Do you take breaks? Have you been home since you started?

Typically I schedule my weeks so that I ride 4 days and then take 2 days off.  The days off are necessary at this frequency so we both can rest, and also so I can keep up with non-riding tasks (such as blogging!).  Sometimes I have to extend my stops due to dangerous weather (I ride in bad weather but not dangerous weather) or as needed for my own or Apollo’s health.

We do not travel in the snowy months. At the end of October each year, I find somewhere safe to board him, and fly home for the holiday season. When the daytime temperatures are consistently above freezing wherever Apollo is staying, I fly back again and we keep going.

Do you ride south for the winter?

No.  It doesn’t work that way.  I travel too slowly to make such a strategy possible. Although I of course prefer to not be in the far north when winter comes, I can only go as fast as I go. The previous two winters were spent near Kansas City and Chicago.

Where do you stay each night? Do you just camp on the side of the road?

Mostly I stay with nice strangers who invite me to stay.  Often - but not always - they are horse owners.  However, Apollo has also stayed in backyards, fairgrounds, cattle pastures, pig pens, and a basketball court. For myself, I am typically invited to stay indoors (couch, RV, guest room, etc), but also carry a tent for the rare occasion that something more comfortable is not offered or available.

I never ever set up camp on a random point along the road.  Most property in the US is privately owned or requires permission to camp (with the exception of BLM lands and some other federal property, but I rarely ride through those). Also, random places along the road rarely have access to water for Apollo.  For the reason of water and food for Apollo, I also rarely stay at campgrounds, as I do not pack his water or feed.

Interested in helping us out with a place to stay? Read about what we need, and then contact me! (Please do not comment with an offer on this blog because I do not get notifications)

So what DO you carry?

I have about 60 pounds of gear and supplies.  This includes basic camping stuff (tent, sleeping bag), granola bars, four days worth of clothing, supplements for Apollo and myself, toothbrush and other sundries, first aid kit, grooming supplies, a ride’s worth of water for myself, phone charger, tablet, flashlight, repair kit, fly mask, and knitting.

How big is Apollo? How old is he? What breed is he? How long have you had him?

Apollo was born on April 2nd 2008, in Nevada, and is just shy of 16 hands.  He had several owners before I met him in early 2014. He is half mustang, half Peruvian Paso. He was born in captivity, only his sire was wild (although some days...)

In human terms, he is 5’2” at the top of his shoulder/highest point on his back (called the withers), the same height that I am. In years, he is currently 11 which is 36 in people years (also the same as me).  This year, we’re twinning!

I bet you’ve met a lot of interesting people!

That’s not a question!  Yes, I certainly have.  I have been invited to stay with people of all ages, and have met plenty more along the road too. At this point I couldn’t begin to guess how many people I’ve talked with.

How far are you going this year? When and where will you end? Will you ride all the way back to California?

I started in 2017 with the goal of riding to all 48 states in four years.  So far, I’m staying on schedule to do that.  If everything goes more or less smoothly, I should reach the east coast this October (I do not yet know which state I’ll stop at for the winter).  Next year (2020), I’ll ride the rest of the east coast and the southern states, ending in Tennessee. What month that will happen is TBD, as there is too much that can happen from now until then to calculate a more specific end date.  At that point, I plan on hauling Apollo back to CA - I think 48 states and 10,000 miles is plenty!

What are you doing to raise awareness about domestic violence?

What a great question! Mostly by talking with individuals that I meet, by answering questions, sharing experiences, and helping with finding local resources.  Also, whenever possible, I ride to shelters, churches, community centers, schools, clubs, and any other group that would like to have me talk, to share about my ride, my story, and my mission. I also try to get coverage on local news, to reach as many people as possible. Of course, there’s also this blog (have you seen my resources page?) and Facebook.

Are you raising money? How do you afford to do this? How can I support your ride?

This is not a fundraiser, it is an awareness ride.  I am not running a nonprofit organization, nor am I affiliated with one.  That said, it is not free to do this, and NO I am not rich (except in experiences.  And love. And other such good things). Some of my equipment is sponsored, and the rest of my expenses are met through the kindness of strangers. If you would like to help financially, please visit my GoFundMe page. The best support, though, is to tell everyone about what I am doing and why, to support your local domestic violence resources by donating or volunteering, and to do your part in ending the violence.

For my favorite stories of the ride so far, check out “Have Horse Will Travel” - my short story collections - on Amazon.

* “Nearly everyone” is linguistically accurate.  Occassionally there are folks who have no questions at all.  Those people are weird.
Posted by Meredith Cherry on August 09, 2019