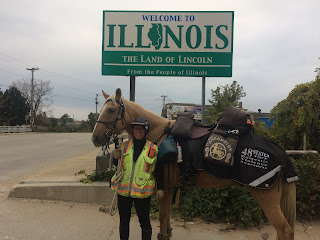 We reached Illinois, our 22nd state, in the middle of October.  It was cold when we got there, and it stayed that way.  The first snowstorm of the year happened while I was here, but otherwise I had almost two weeks of riding in beautiful clear autumn weather. 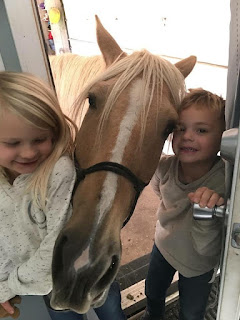 The best part of Illinois was the friendly, welcoming people.  Something really incredible happened here - before I even crossed into the state, I knew every single home that I’d be staying at throughout the whole way to Indiana! I’ve never had such an easy time arranging my overnight and break stops.  And they were all awesome stops, too! So many wonderful people who were ready to make Apollo’s and my last few weeks of the 2018 ‘Ride as comfortable as possible. 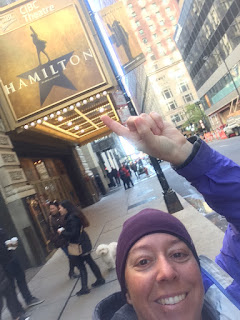 The other best part of Illinois was going into Chicago on a day off to be a tourist, and to see the musical Hamilton! It’s my favorite music, and basically all I ever sing to Apollo on the road, so I was beside myself with excitement that I could schedule a trip into the city to see it. 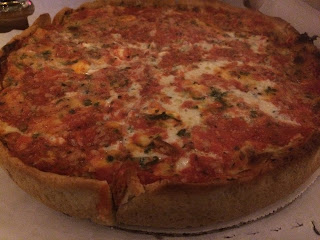 The other, other best part of Illinois was the pizza.  My food goal for this state was to eat as much deep dish pizza as possible.  I must say I did an excellent job of meeting this goal.  On average I had some every day that I was in the state (average, because some days I didn’t get any, and some days I had it for lunch and dinner).  The best pie, hands down, was Georgio’s in Crystal Lake.  But most of the pizzas I had were better than the so-called deep dish served in other parts of the country. 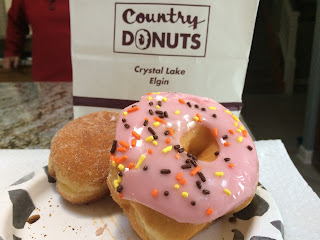 The donuts in Crystal Lake were also worth mentioning...  Best known for their apple cider donuts, but I don’t think there is a bad choice here. 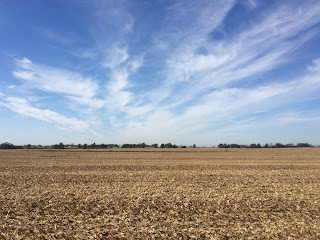 Of course I did more than eat and play (and eat some more) while I was in Illinois.  My route took me through the edge of the rural area around Chicago. Lots of flat farmland! 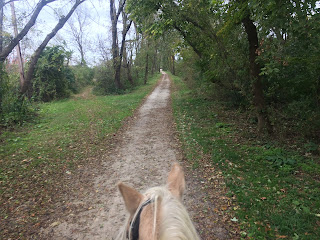 Being on the edge of the more populated area, there were also several days that I could take nice bike trails. 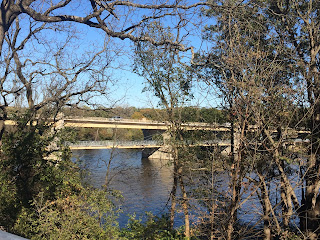 One of the more interesting bridges to cross was in Saint Charles, where the pedestrian and bicycle (and thus horse) bridge was directly below the vehicle bridge.  It turned out to actually be a very nice bridge, but it was a little intimidating looking when I first saw what I had to ride across! 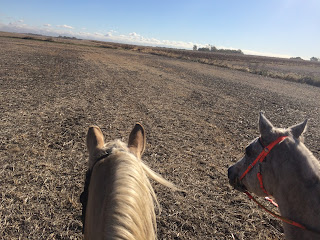 We had company for part of one day’s ride, when Cindy and Syndiego joined us for a few miles.  Apollo and I always enjoy having someone else ride along - it always makes the ride more memorable! 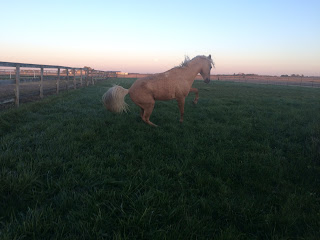 Apollo also had some fun when we weren’t riding, too! Most nights he just settles down to eating or socializing, but one evening he was very playful and funny to watch as he cavorted and raced around just for the fun of it! 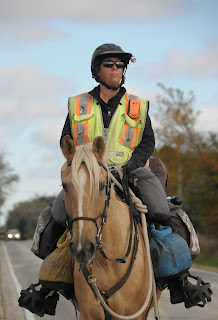