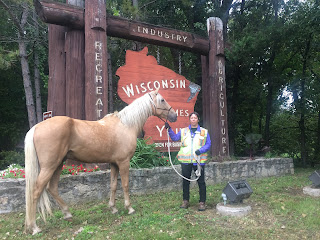 Apollo and I had a great time in Wisconsin! It is one of the most beautiful of the 21 states that we had been to up to that point.

From the first day I was overwhelmed by the beauty of this part of the country. 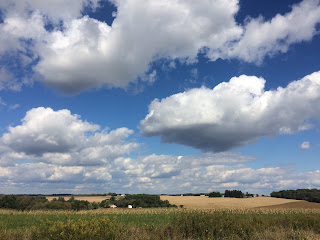 Many of the areas I rode in were covered in forested hills which were just beginning to show their fall colors. 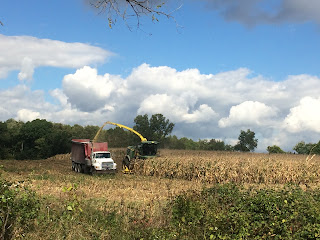 Tucked in between hills and forests are beautiful farmland. More corn and soybeans, as I’ve been seeing all year, but much prettier than the flat gridded farms of other parts of the Midwest.  It was harvest season, and I never tired of watching the combines gobble up the acres of corn. 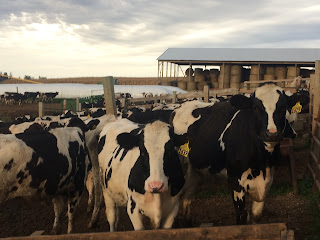 Of course Wisconsin in best known for its dairy industry, and there were certainly plenty of dairy barns.  We had the pleasure of staying at one... can you find Apollo amidst his cow friends in the photo above? 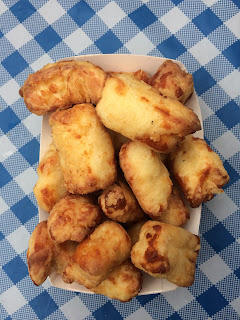 Being in the state of cheeseheads, I took every opportunity to eat as many cheese curds as I could.  Squeaky and fresh, or battered and fried... they’re all delicious. 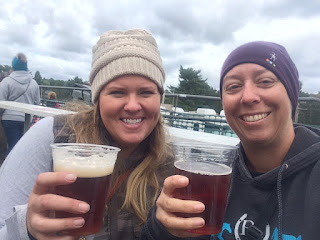 I learned that it’s also a large producer of cranberries! I arrived in time to spend a fun day at the CranFest, where I tried cranberry beer and other cran-infused goodies. 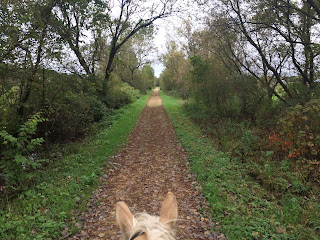 Wisconsin is also the home of the first Rails-to-Trails path in the country! It runs through Sparta, and I was able to follow it for a few miles into town.  Rail trails are my favorite place to ride, so I was thrilled to be able to include the very first of them on my route. 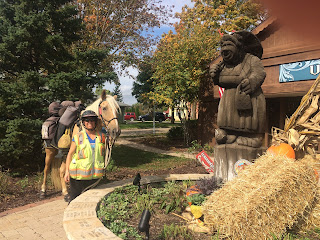 The most interesting of towns that I travelled through was Mount Horeb, the “troll capital” of America.  They have troll statues scattered all over town along a “trollway” (like tollway, get it?) as well as other celebrations of their Norwegian heritage.  Also, friendly people, good cheese curds, locally brewed beer, and the best hot chocolate. 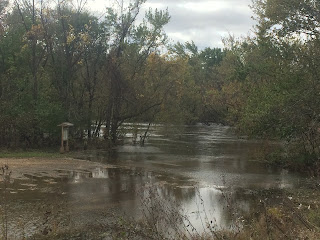 Unfortunately for me, Wisconsin was having one of its rainiest Octobers ever, and there were many days of bad weather.  The waterways were all swollen and some bridges and roads were closed due to flooding.  Apollo and I made it through safely with the help of many new friends. 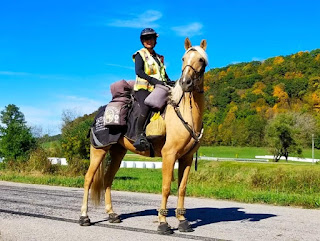 Even with all the bad weather, Wisconsin was one of my favorite states so far.  I hope I can get back here to visit some day, and explore even more of its beautiful hills!
Posted by Meredith Cherry on October 28, 2018