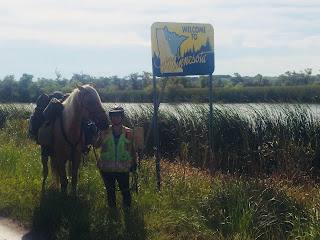 Apollo and I recently finished our journey through Minnesota, our 20th state.  Of all the states so far, it was the one with the most fun adventures! 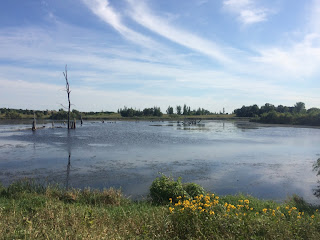 Minnesota is probably most famous for its lakes.  And for a good reason.  There were lakes, ponds, and “swamps” (wet, reedy areas but without a visible pond in the middle) dotting the landscape.  It was a nice change of scenery from just corn and soybeans - now it was corn, beans, and water! 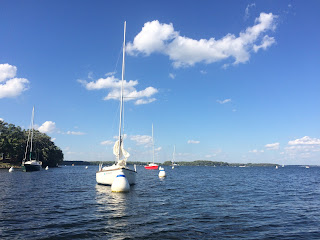 I read a statistic that there is a boat for every six people in the state.  That’s a lot of boats.  So of course it was more likely here than anywhere else that I would get invited to go sailing.  One of my lovely hosts had a sailboat on Lake Minnetonka, and we spent a pleasant afternoon on the water. 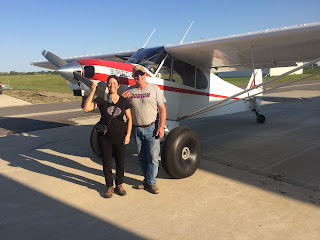 I was also treated to a ride in an airplane! This was by far the smallest airplane I’ve ever flown in, with barely enough room to fit my pilot and me. 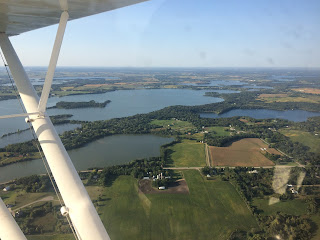 We flew around Wilmer and Green Lake, and the many lakes below glittered in the late afternoon sunlight. 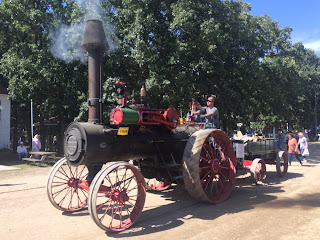 Just as fun, in my opinion, was the trip I took to Rollag for their huge “threshing bee.” Threshing bees are a common thing in this part of the country. These are like agricultural festivals, with activities, vendors, and food, but the focus is on old-fashioned grain threshing.  Rollag is one of the bigger events, and featured hundreds of early steam-powered tractors in working condition, as well as horse-pulled equipment, which were used throughout the event to thresh (or separate) grain from straw. 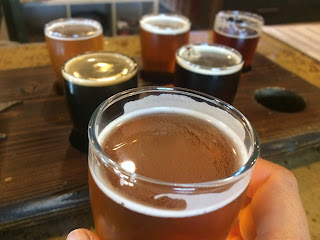 I also had a local craft beer tasting adventure.  On one of my days off, my host’s neighbor offered to take me around to see the sights of the area.  This mostly involved stopping at numerous breweries to sample.  As the locals know how to say, Skol! (Cheers, in Norwegian) 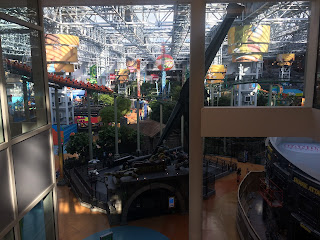 I also made a quick stop at the Mall of America, just to see.  I knew it had an amusement park in the middle but couldn’t picture how that would look.  It was remarkable how many rides they fit in such a small space; other than that it was just an ordinary (but extra-big) mall. 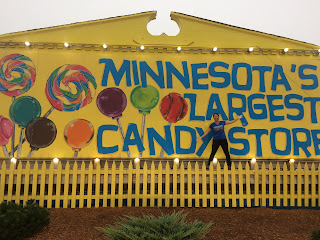 The Mall was not the only shopping destination I visited.  Even more exciting was the trip I took to Minnesota’s Largest Candy Store, located near the town of Jordan.  The selection of treats from around the world was amazing.  They had candy from Japan, from Holland, from France, and even Idaho Spuds! 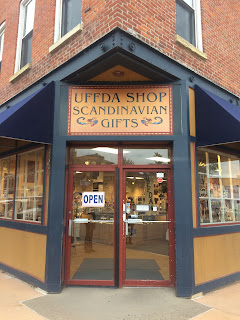 The state is very big on Scandinavian heritage. Norwegian, Swedish, and Finnish immigrants were a large part of the early settlers.  This means that I got to enjoy more lefse (basically a crepe made with potato flour).  One of the more curious (in my opinion at least) remnants of the Scandinavian heritage is the local expression “uffda.” It’s akin to “darn it,” but more versatile.  You can say uffda to sympathize with someone’s tale of woe, to gripe on how heavy an item is when you pick it up, to express having eaten too much at dinner... 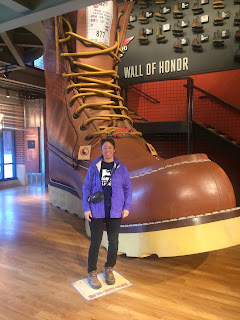 Last, but certainly not least, I visited a shoe museum.  Red Wing Shoes doesn’t sound like the average tourist highlight, but their tiny museum does contain the Guiness World Record boot, built to fit a 12 foot one-legged person. 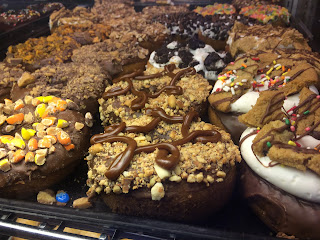 Of course my time in the state wouldn’t have been complete without finding the best donut.  I was assured that the donuts at Hamlisch’s Bakery in Red Wing have been voted as such.  They were certainly yummy! 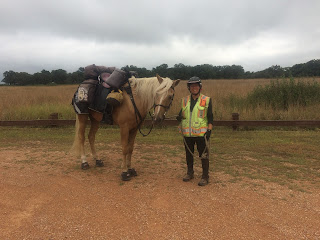