The Centauride's Best and Worst of 2017 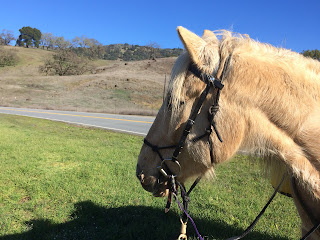 It’s that time of year again, when the Best (and Worst) of the Year lists are everywhere.  So why should the Centauride blog be any different? 2017 was certainly a year worth reflecting back on!


Foods:
Best - Oh so many to choose from.  Ice cream filled donuts in WA? Potato donuts in ID? Voodoo Donuts in Oregon? How could I possibly pick just one?! 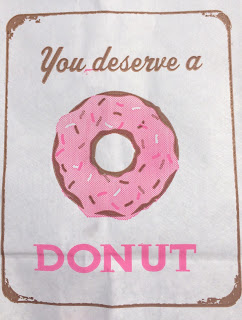 Worst - Pasta salad that I had to pick the tiny pieces of bacon bits out of (I’m vegetarian).  I was not impressed by the hush puppies of the OK panhandle either, although I’ve been assured that I just need to try them somewhere else before making a judgement.

Scenery:
Best - Gosh I’ve seen a lot of pretty places.  Of all of them, I’d have to say the Teton valley in eastern Idaho.  The views of that mountain range were spectacular - and that’s even with all the smoke in the air! 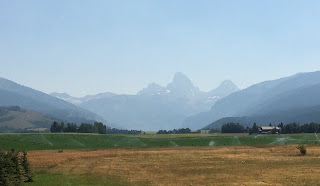 Worst - Southwestern Kansas.  If you can even call pancake-flat “scenery.”

Drivers (region):
Best - western Oregon
Worst - western Idaho. Although the cattle truck drivers (only) of the OK panhandle are a close second.

Hosts and Helpers:
Best - Everyone! I literally could not have made it through my 4520 miles this year without the help of every single person who put us up for a night (or more), fed us, trailered us where needed, or gave any other sort of help, from financial to navigational.
Worst - The guy who only let me stay a night in his freezing, rat infested tool shed during a huge rain storm after I begged him for shelter.  But only for a few minutes, because when his wife heard about it, she came and invited me in for one of the most restful nights of the year.

Moments:
Best - Again, too many to choose.  But since that’s the topic of this post, I’ll say my favorite was the reoccurring moment of traveling in peaceful wordless communication with Apollo.  Of course, finding Hermes ranks up there too! (Wouldn’t want him to be jealous when he reads this)
Worst - getting hit by a truck in Chehalis WA (no injuries, by a hair).

Weather:
Best - May&June.  No more rain, but not yet hot.
Worst (tie) - the July heat wave in Boise ID area, and the wind near Dodge City KS.  (Bet you all thought I’d say the rain in Jan-March.  That was a walk in the part, relatively speaking.)

Cell Reception:
Best - the pacific coast. I don’t think I found a dead spot the whole time, even in remote areas.
Worst - the entire eastern half of New Mexico. Verizon says they cover there, but they lie.

Roads for Riding:
Best - lots of good choices here, but as a region, I’d have to say the Yakima valley in eastern Washington.  Lots of quiet country roads and also canal roads that were open for public access and went for miles and miles.
Worst (tie) - the stretch between Santa Fe and Wagon Mound NM (too many cattle guards without ranch gates) and the southern coast of Oregon (where much of the way had only one road: Interstate 1, with so many blind curves, tiny shoulder, and a crazy-driver logging truck every few minutes)

Domestic Violence Community Resources:
Best - Idaho Falls, ID.  One of their local organizations even has a medical examination room on site so rape victims don’t have to be subjected to the discomfort of a hospital examination. 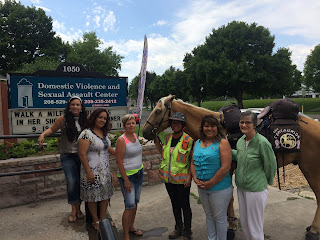 Worst - Most places.  Sadly, very few communities have any sort of DV resources at all, and those that do are struggling to provide the support that is needed due to lack of space and funding.

Best Sunrise (there are no “worst”): Hutchinson, Kansas 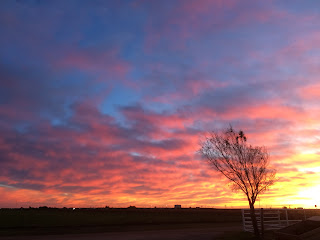 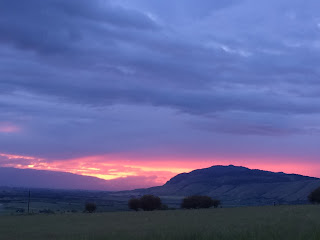