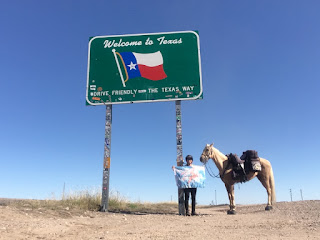 The biggest of the "lower 48" was successfully crossed in only two days of riding! This was our 12th state on this ride. 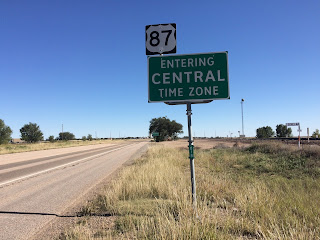 And we also crossed into a new time zone! 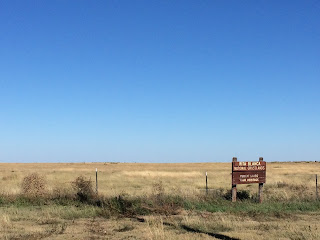 No cheating and no trailer rides, just 12 hours of country roads through the Rita Blanca grasslands in the northwest corner of the panhandle. 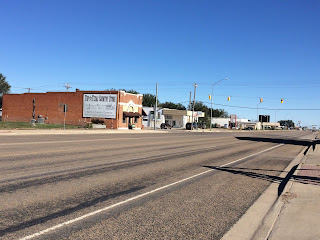 We crossed into the state at Texline (such a creative name, no?).  This little town has the best cinnamon rolls I've ever eaten, at the Top of Texas store.  Got a picture of the store, but the rolls were eaten before I remembered to capture them on film too.  Should have gotten more... 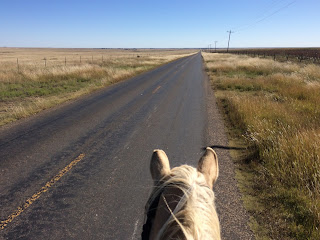 The national grasslands are huge, flat, and of course grassy.  However, they are not as empty of human life as I had expected. 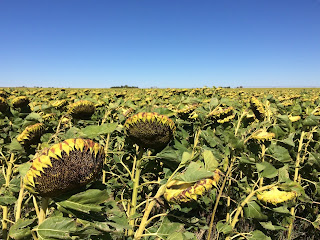 There are farms and ranches scattered all throughout the grassland.  Sunflowers, milo, and corn are the most common crops in this area. 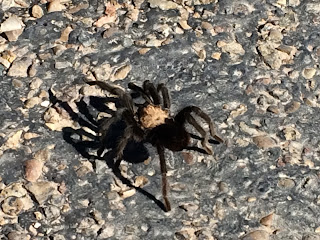 There are also lots of big bugs in the grassland! Tarantulas, walking sticks, grasshoppers, wooly caterpillars and other crawling critters crossed the road in front of us. 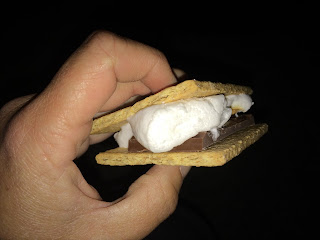 A few miles from the Texas-Oklahoma border, I camped out at Thompson Grove, a really nice (but primitive) campground in the middle of the grasslands.  There were a half dozen people from a university also camping there, doing a gray fox study, and they invited Hermes (and me) over for s'mores around the campfire.  A sweet end to visiting another state!
Posted by Meredith Cherry on November 05, 2017