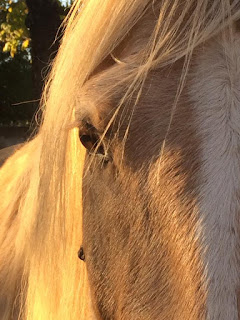 I've been finding it hard all week to believe that my Centauride starts in less than 50 days... as of today, I have 43 days remaining to prepare.

Until yesterday, I had been focused on what I need to do to prepare for riding.  This primarily has involved getting equipment and gear together (and waterproofed), testing it to make sure it works and that I know how to use it, and of course training Apollo.  We're working now more on fitness than training, with longer rides every weekend.  While every ride does present plenty of training situations such as bicycles, traffic, aggressive dogs, and other "scary" things, Apollo is handling those all very well and my primary goal with the rides is muscle tone.  He's also learning how to ground picket, but I'll talk about that in a future post.

Yesterday, however, I realized that there is so much more I have to prepare before my ride starts on January 1.  I will be on the road for almost four years!  Since I won't be coming home for quite some time, even for a visit, there are all sorts of things I need to do to "put my affairs in order" for while I'm riding.  The list is rather long (and boring, so I won't elaborate).  As you might expect, I had a moment of panic when I realized how much more needed done than I had realized!