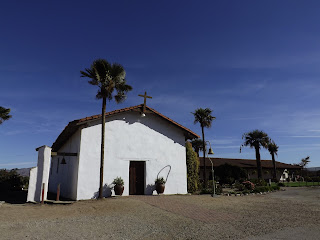 La Mision de Maria Santisima, Nuestra Senora Dolorosisima de la Soledad (Mary Most Holy, Our Most Sorrowful Lady of Solitude) was founded by Father Fermin Lasuen on October 9th, 1791 near the site of an Esselen village named Chuttusgelis.  Mission Soledad is the thirteenth mission to be founded in California.


Father Payeras, Father Jayme, Father Ibanez and Father Sarria were four of the padres who provided the most dedication and time to the Soledad Mission.  They kept the records and organized the growth.  The winds could be brutal and the weather bitterly cold.  When the padres needed relief from rheumatism they would go to Paraiso Hot Springs for the mineral baths.  They learned of the medicinal value of the mineral baths from the Esselen who lived in this area. 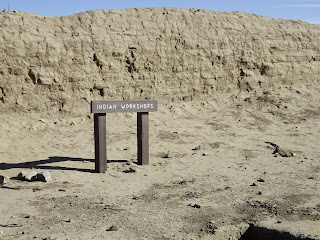 
A fifteen mile aqueduct brought water to the mission from the Arroyo Seco River.   Neophyte housing was built in the form of three long adobe buildings which had twenty-six rooms.   It appears that the Soledad Mission specialized in wool production and weaving.  At one time there were over five thousand sheep grazing the lands surrounding the mission as well as over six hundred horses and six thousand head of cattle.  The mission owned three ranches:  San Lorenzo, San Vicente and San Fernando. 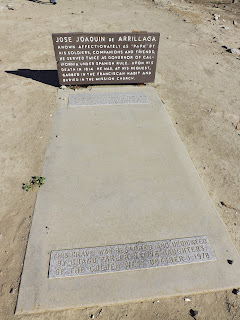 José Joaquín de Arrillaga, the first Spanish governor of Alta California, died at Soledad in 1814 during a mission tour, and was buried in a Franciscan habit beneath the floor of the church destroyed in 1824. Soledad became the principal headquarters of the President of the California Missions, Fr. Mariano Payeras, in the wake of Bouchard's raid on Monterey (1819-1822).


Most of Mission Soledad was destroyed by three large floods in 1824, 1828, and 1832 which irreparably damaged the buildings.  As Mission Soledad was secularized and neglected the buildings were further destroyed. In 1845, interim Governor Pio Pico sold the mission to Feliciano Soberanes for eight hundred dollars.  Eventually, the mission was abandoned and fell further into disrepair.


A copy of the original mission bell, cast in Mexico City in 1794, hangs on a wooden beam to the left of the church entrance. The original is kept inside the church.  Both the exterior and interior of the chapel are quite simple. Colorfully painted reredos, stenciled wall decorations and original oil paintings of the Stations of the Cross adorn the sanctuary. There is also an original painting of Our Lady of Refuge in the museum. 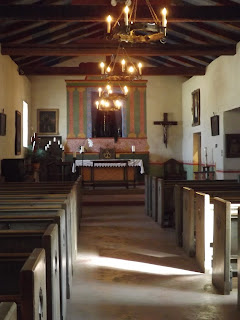 Learn more about the missions and other great places to visit along the coast in “Along the King’s Road: A Guide to Touring the California Missions.” Get a copy here.
Posted by Meredith Cherry on October 25, 2015