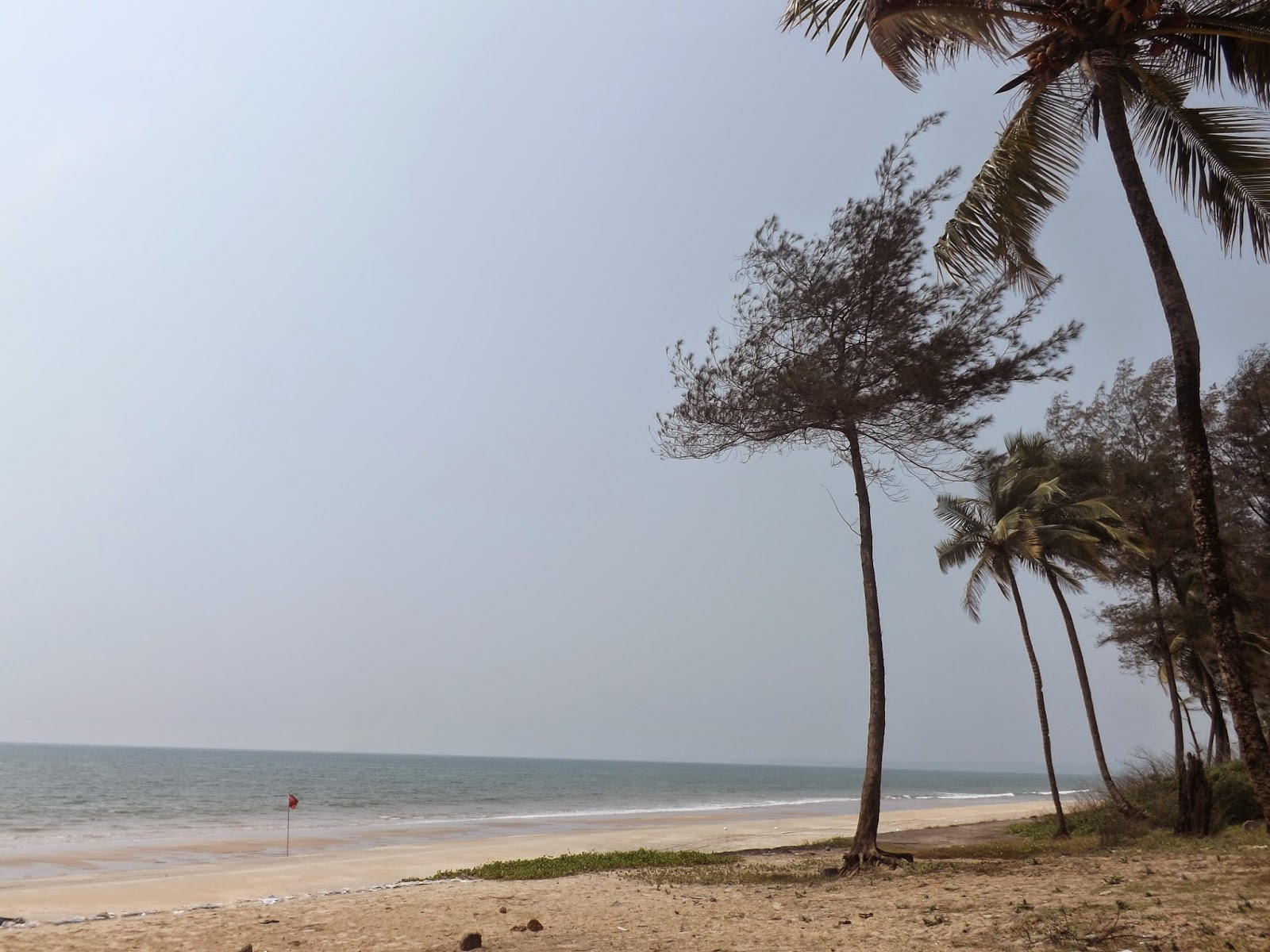 In my travel plans, I was constantly changing my mind about whether I wanted to visit Goa.  On one hand, the beaches were said to be very nice, with sunbathing cows sharing sand space with western tourists.  On the other hand, I am not a big fan of sunbathing or of swimming in the ocean, I had already seen the ocean at Kollam and plenty of cows everywhere, and I did not come to India to meet other westerners.


However, my train-and-bus plans meant that I would in fact be waiting in Goa for half a day, so like Kolkata I decided to spend that time sightseeing.  And I am glad I did! Goa is truly a beautiful place.


I had heard of Goa’s resort reputation years before, but it wasn’t until I started planning my trip that I realized that Goa is actually a state, not a city.  But as the smallest state in India (only a couple hours’ drive across, which is also the time it takes to drive across large cities like Chennai or Delhi) travelers simply talk about going to Goa instead of the individual towns within the state.  My travels took me to central Goa, through the city of Margoa/Madgoan (yet another place with several names).


The area was formerly a Portuguese colony, and was the last of the foreign-occupied regions to join the newly confederated republic – not because the Portuguese resisted leaving better than the British or French, but simply because the local population was more content with the Portuguese government than the rest of the country was with the other foreign rulers. 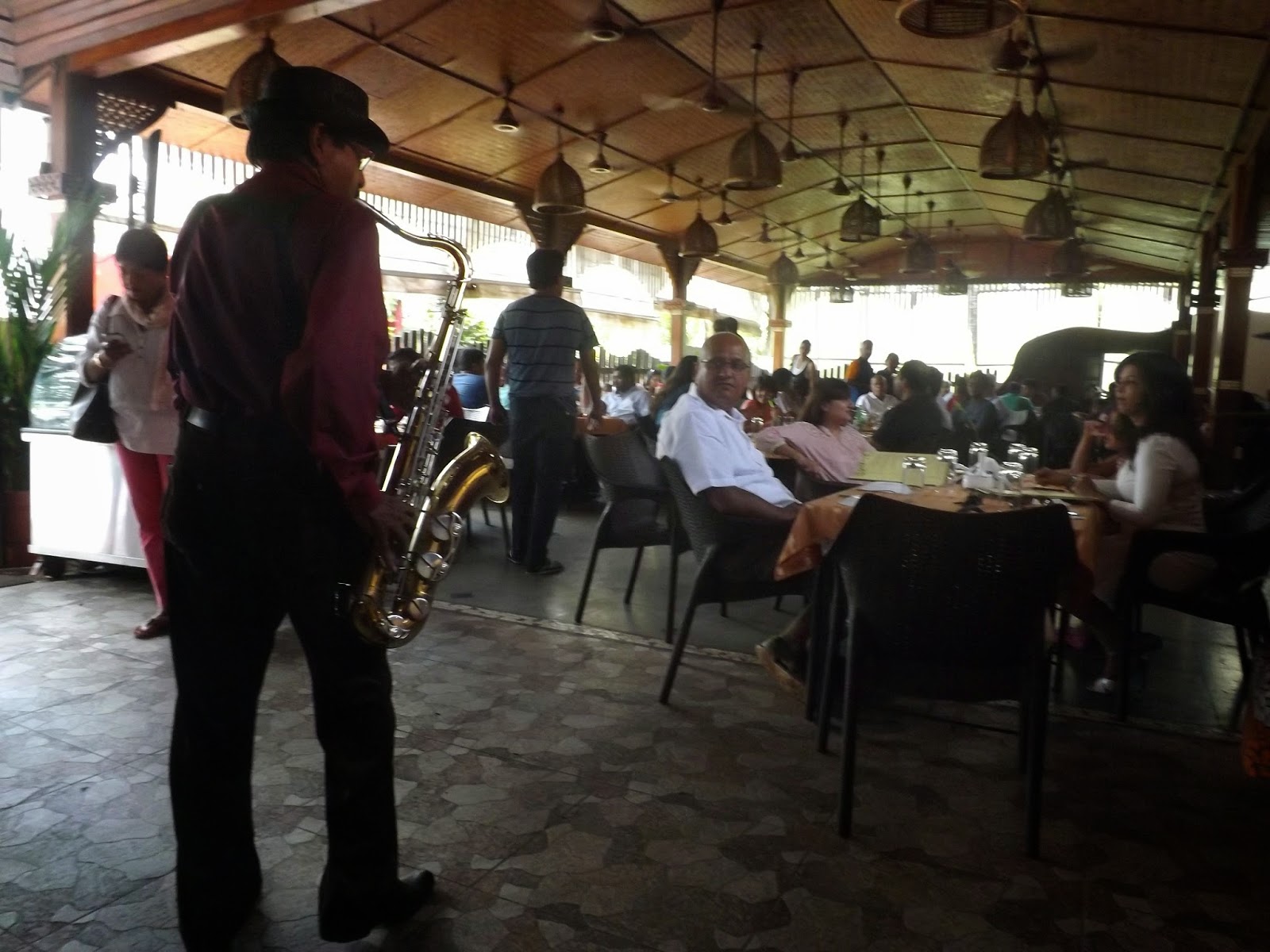 The Portuguese influence is still very visible in the culture here.  The architecture is very European, and the streets and businesses often have Portuguese names.  Most notable in my eyes (and tongue) is the food.  My first stop was a (rather upscale) restaurant recommended by my travel guide for serving quality regional cuisine.  The menu was the least vegetarian friendly of any I’ve seen in India – only one traditional dish was available without meat.  The style of cooking was a blend of Indian and Portuguese flavors (such as Bebinka - an amazing flan-like dessert spiced in Indian style), and I dined to the sound of Indian ragas music played on a sax. 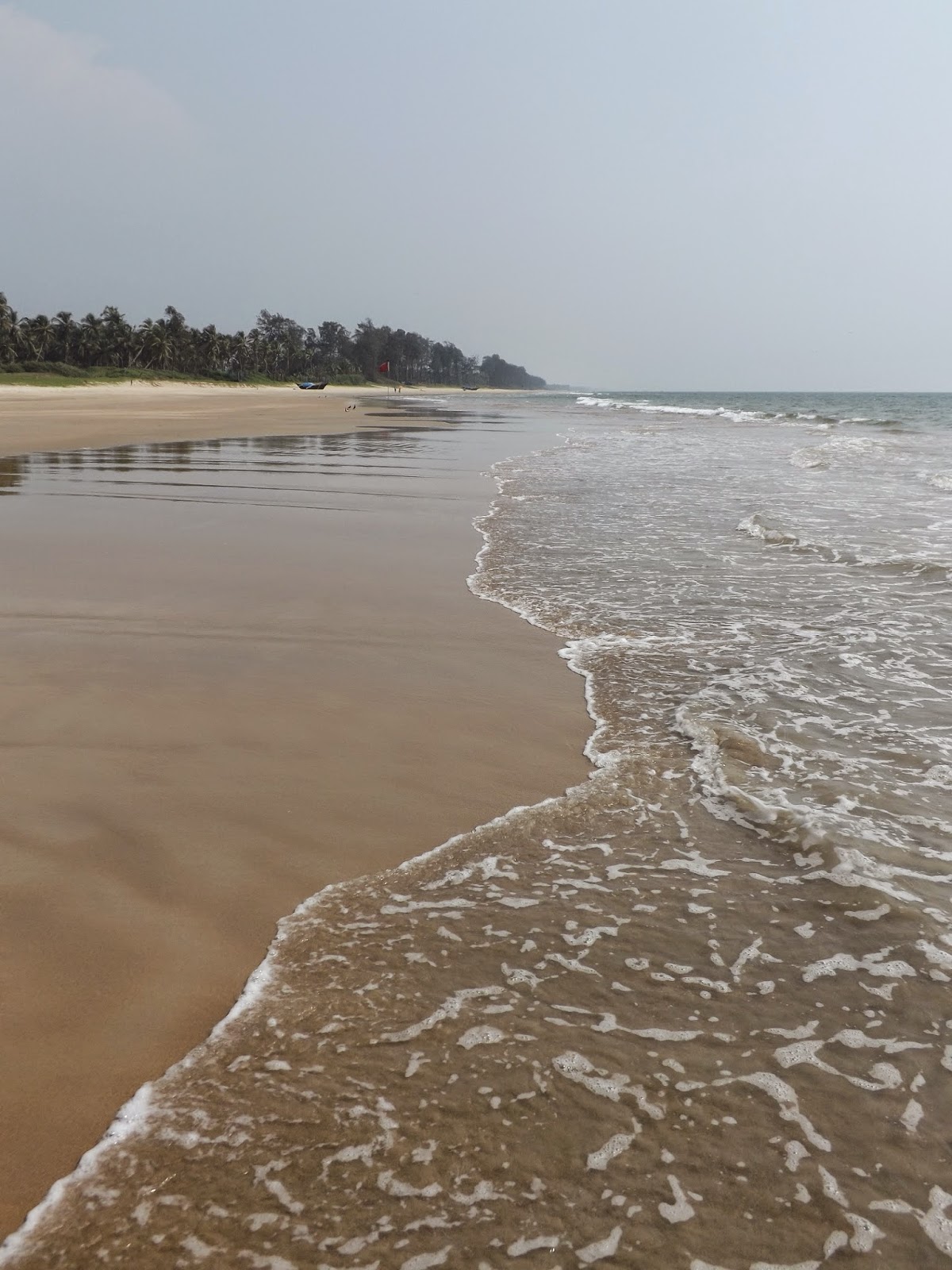 After stuffing myself on Goan food, I walked to the nearest beach.  The guide book said that the restaurant was on the beach, but it lied to me again (by the way, if you are travelling anywhere like India where you need a good guide book, don’t use Frommer’s).  Thirty minutes of walking later – with all my luggage, thank goodness I packed light – I arrived at the beach.  What a spectacular beach it was!  The particular stretch of beach I was on was called Sunset Beach, and it was completely empty of other people except a lifeguard.  The sand stretched as far as I could see into the distance, with people visible as little dots in the distance.  On my long walk here I had not seen a single tuktuk or taxi, and knowing I would need one to get back to the bus station later, I decided to walk to the nearest busy part of the beach, as it would be more likely to have transportation available.


This took me another twenty minutes, but was a very enjoyable walk.  I took off my shoes and rolled up my pants so I could walk through the surf.  The water was a perfect temperature, the sand nice and soft. It was littered with shells, but none that were uncomfortable to step on.  Strangely but wonderfully for me, there was not a piece of seaweed or sea grass to be seen (my least favorite part of California beaches, and the primary reason I don’t like swimming in the ocean). There were also no cows, sunbathing or otherwise. 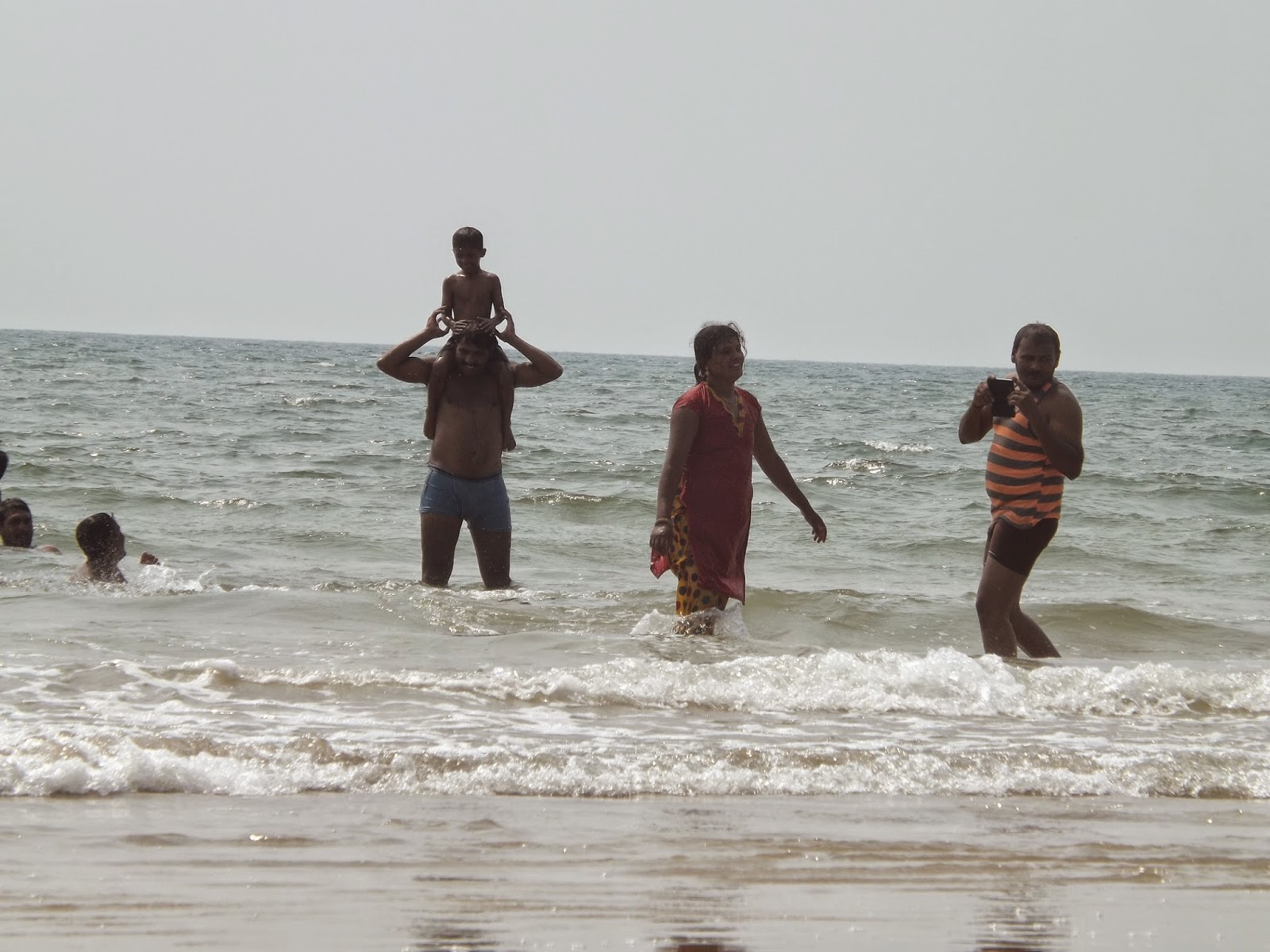 The “crowded” part of the beach was occupied by only a few dozen people, almost exclusively Indian tourists.  It was fun to see the cultural differences of beachgoers.  I had been told that Indian women don’t wear skimpy western bathing suits, but nowhere had it been explained what they DO wear for swimming.  Turns out they just jump in the ocean fully dressed (the men, on the other hand, wear bathing suits). 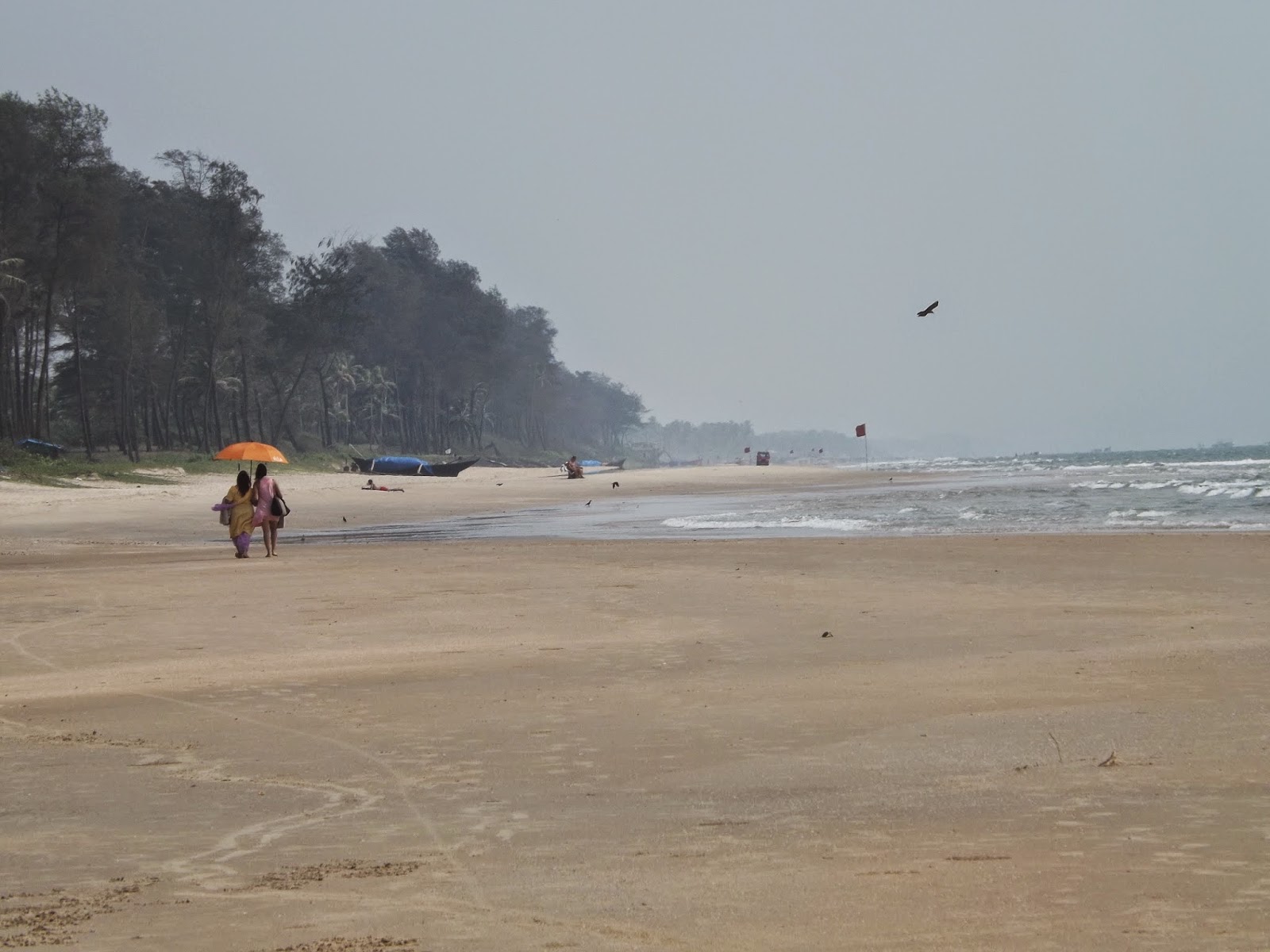 Sitting on the beach and splashing in the waves was so nice here that I regretted not having worn something in which I could go swimming.  I think Goa’s reputation for nice beaches is well deserved!

On the bus ride out of Goa, I travelled through an incredibly beautiful forest, part of which was a national park.  Unfortunately I did not have time to stop... the ruins of Hampi were calling!
Posted by Meredith Cherry on October 11, 2014