Rajasthan, land of kings and horses 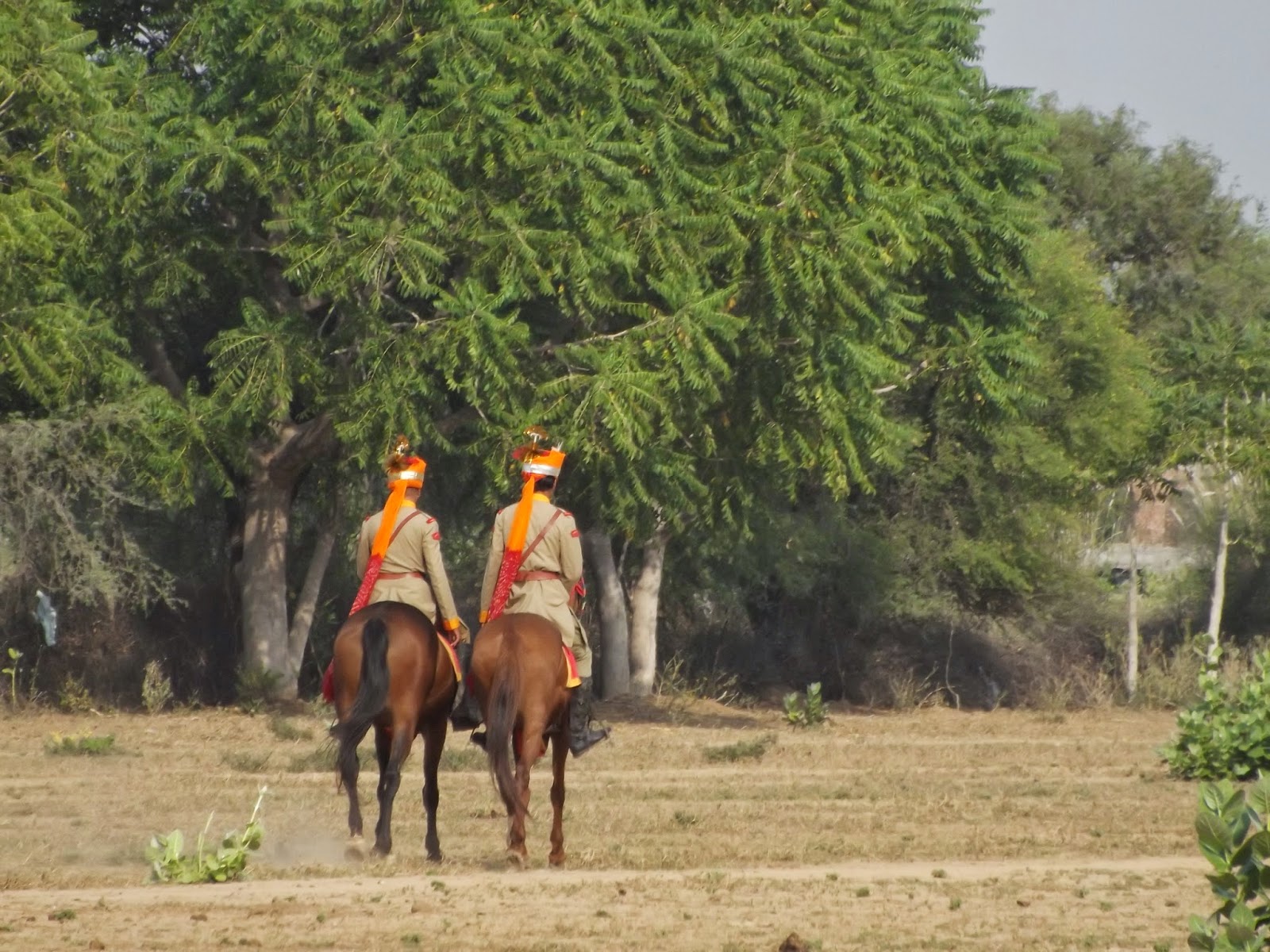 As I write this, there is not a car horn or rumble of wheels to be heard, no shouts or music, just the silence of the night.  Dundlod is the quietest Indian town I have been in. 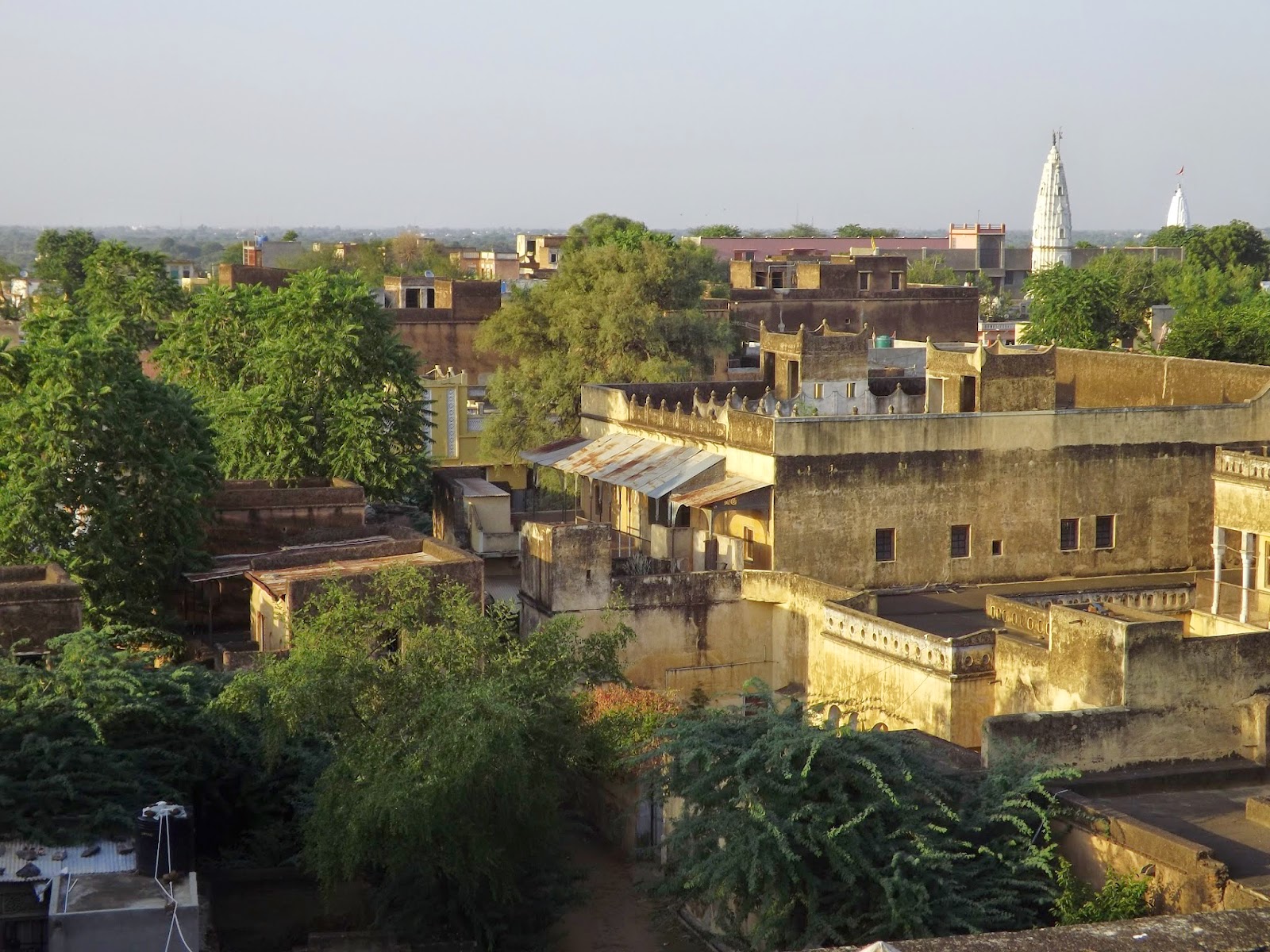 That is not to say that it is always this quiet, but it is certainly remarkable in this country of constant motion that there is a place where business stops at the end of the day and the city sleeps.  When the day arrives, the town comes alive (although the first call to prayer is at 5:30am, the streets stay quiet until after 7).  Narrow winding streets are wonderfully low on traffic, but those vehicles that do travel through this dusty town must blare their horns at every bend in order to avoid a head on collision. Several times per day the numerous mosques and Hindu temple blare their calls to prayer and religious chanting, often at the same time, always the same songs, and seemingly in competition for the loudest sound system. 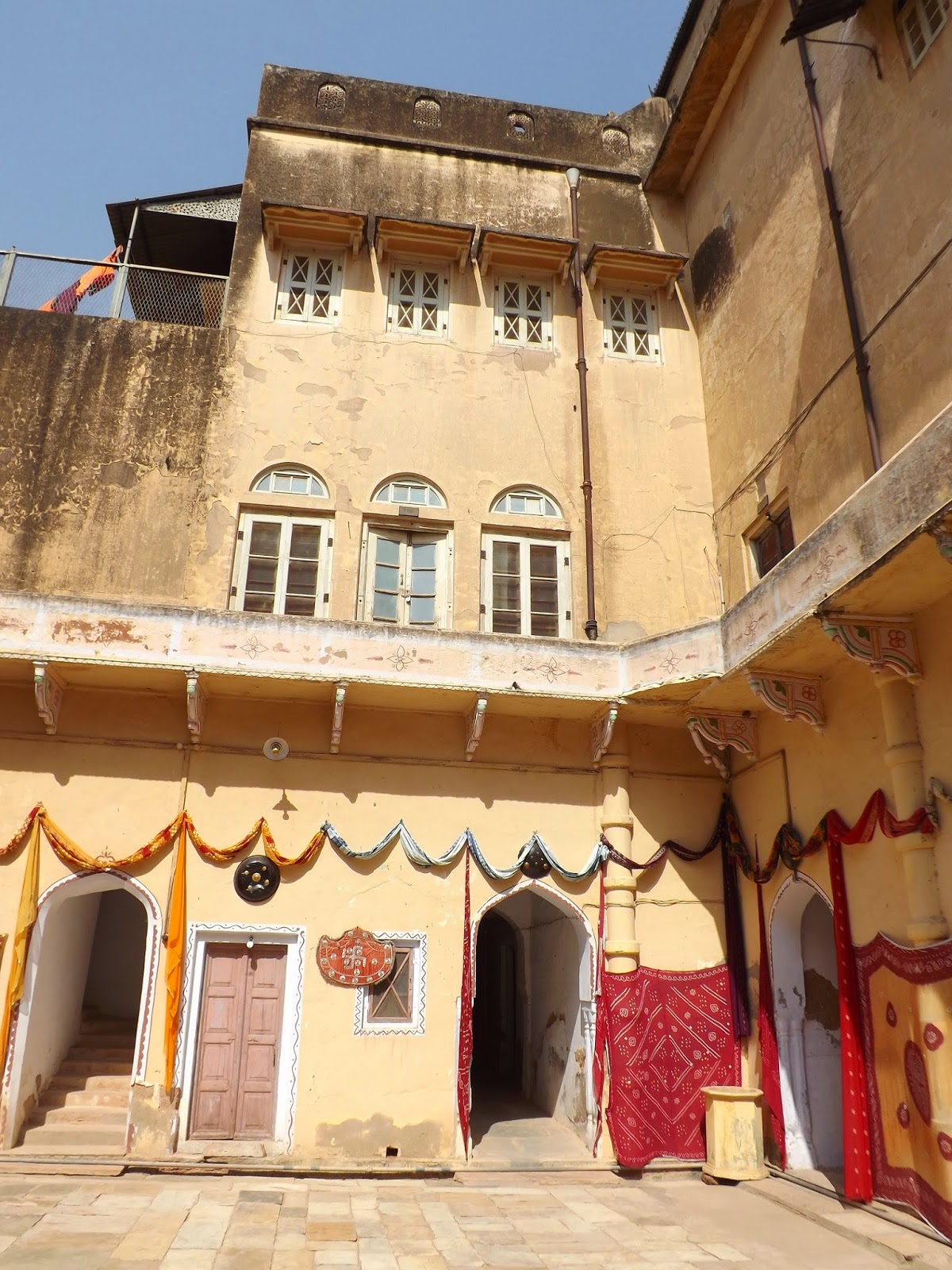 The historic hotel in which I am staying is simply amazing.  When I arrived, the massive gates opened before me, and I literally felt like I had stepped back in time. Built in 1750 by the ruling family of this region, Dundlod Fort is a large labyrinth of beautiful rooms and corridors decorated with well cared for antique furniture and old photographs.  My room is clean, comfortable and spacious, located on the top floor.  There are plenty of comfortable chairs to relax in on the roof top terrace, and I am served most meals there as well.  The Rajasthani food is divine, and at every meal I eat too much.  Even though I am just a volunteer and not a paying guest, I feel as though I am treated like royalty. 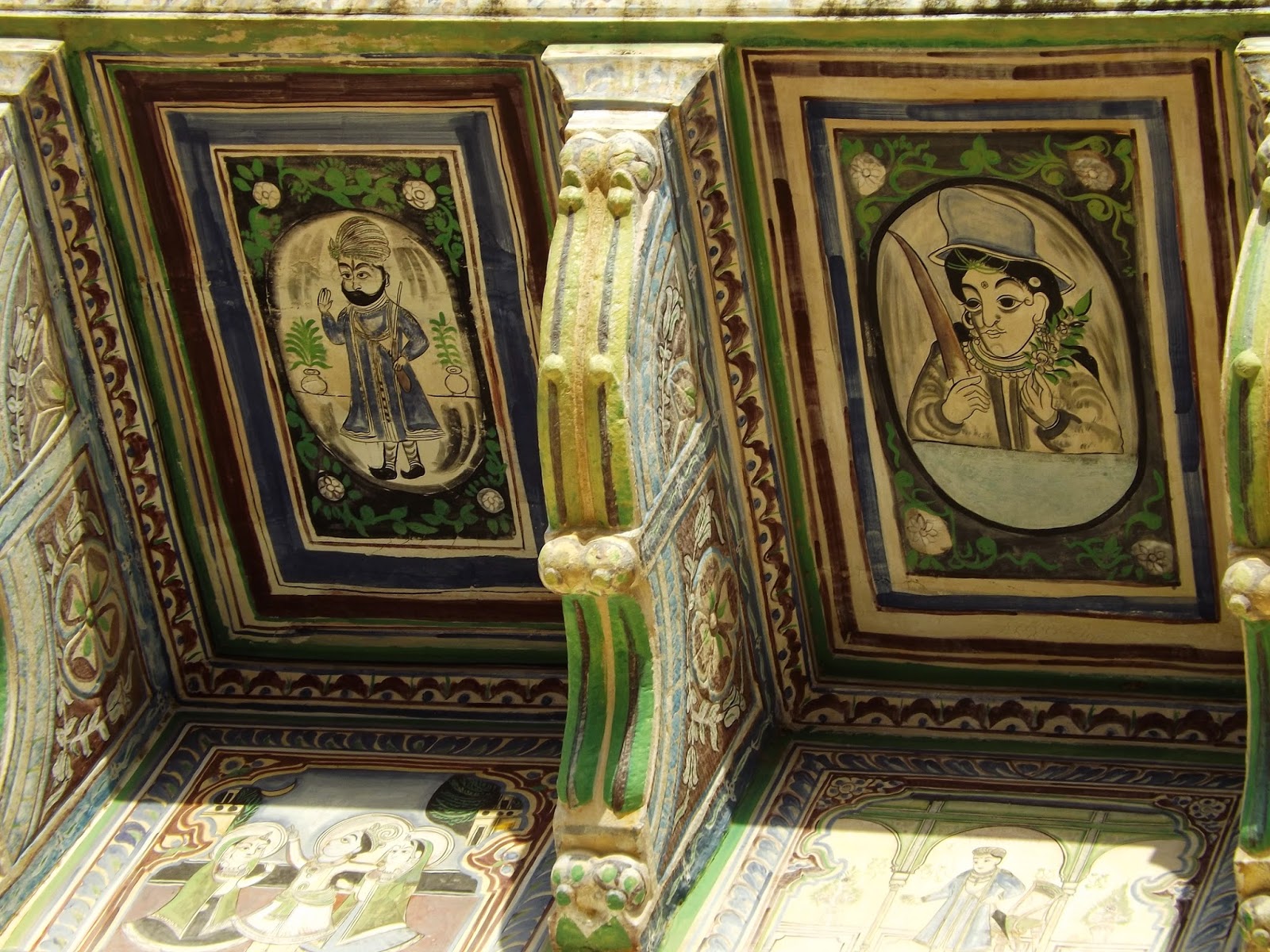 Dundlod and the whole Shekhawati region are called “the open-air art gallery of India” for the beautiful haveli mansions that are unique to this area.  These were built in the pre- and early-colonial era, and each is decorated in elaborate paintings and other artistic touches.  I toured one in town that had been turned into a sort of museum, and was amazed at the detail and extent of the art on the building, which is just as elaborate inside as it is out.


As nice as the town is, my reason for visiting was not to sightsee.  In fact, when I arrived I was not even sure of the name of the town that I would be living in for a month!  The purpose of my extended visit is to volunteer at the Marwari horse stables.  The owner of the stables, Mr. Bonnie Singh, is also the owner of Dundlod Fort, and is a direct descendent of the original royal family that built it.  While the royal titles have long since been abolished, Bonnie is still the quintessential nobleman in his manners and comportment.  And if meeting him does not leave a visitor awestruck, his horses certainly will. 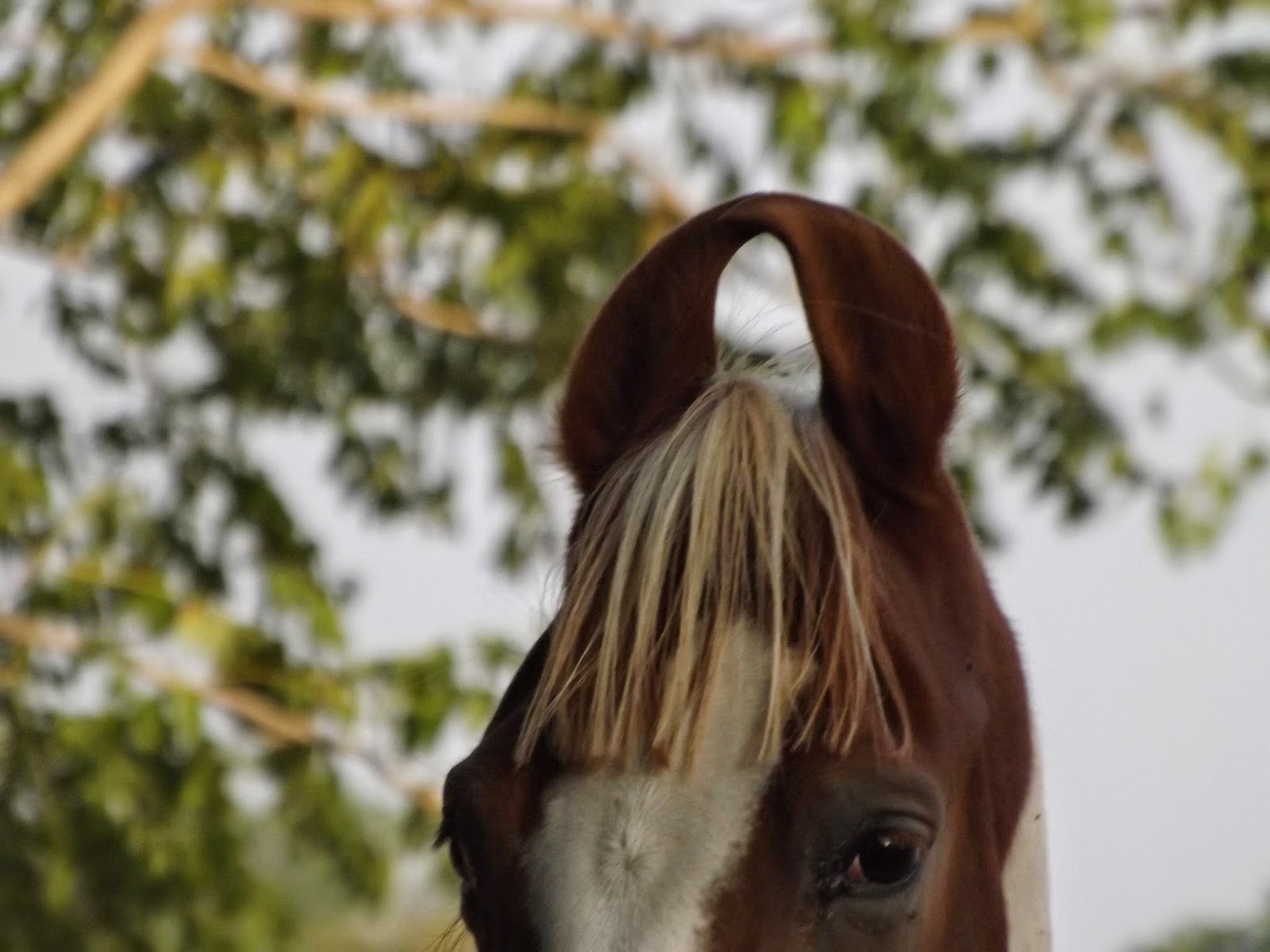 The Marwari horse is an ancient breed that was traditionally only ridden by nobility.  It was a war-horse and was considered sacred by the Rajasthani people. Its most unique characteristic is the unusual curve of its ears, which curve together at the tips to form an arch when alert to the front.  It is a small horse, and its light weight and spirited character make it well suited for endurance.  It is also used for “dancing” in traditional ceremonies, where the horse is trained to do difficult maneuvers (similar to the Lipizzaner, but with much prettier harness) to the beat of a drum. 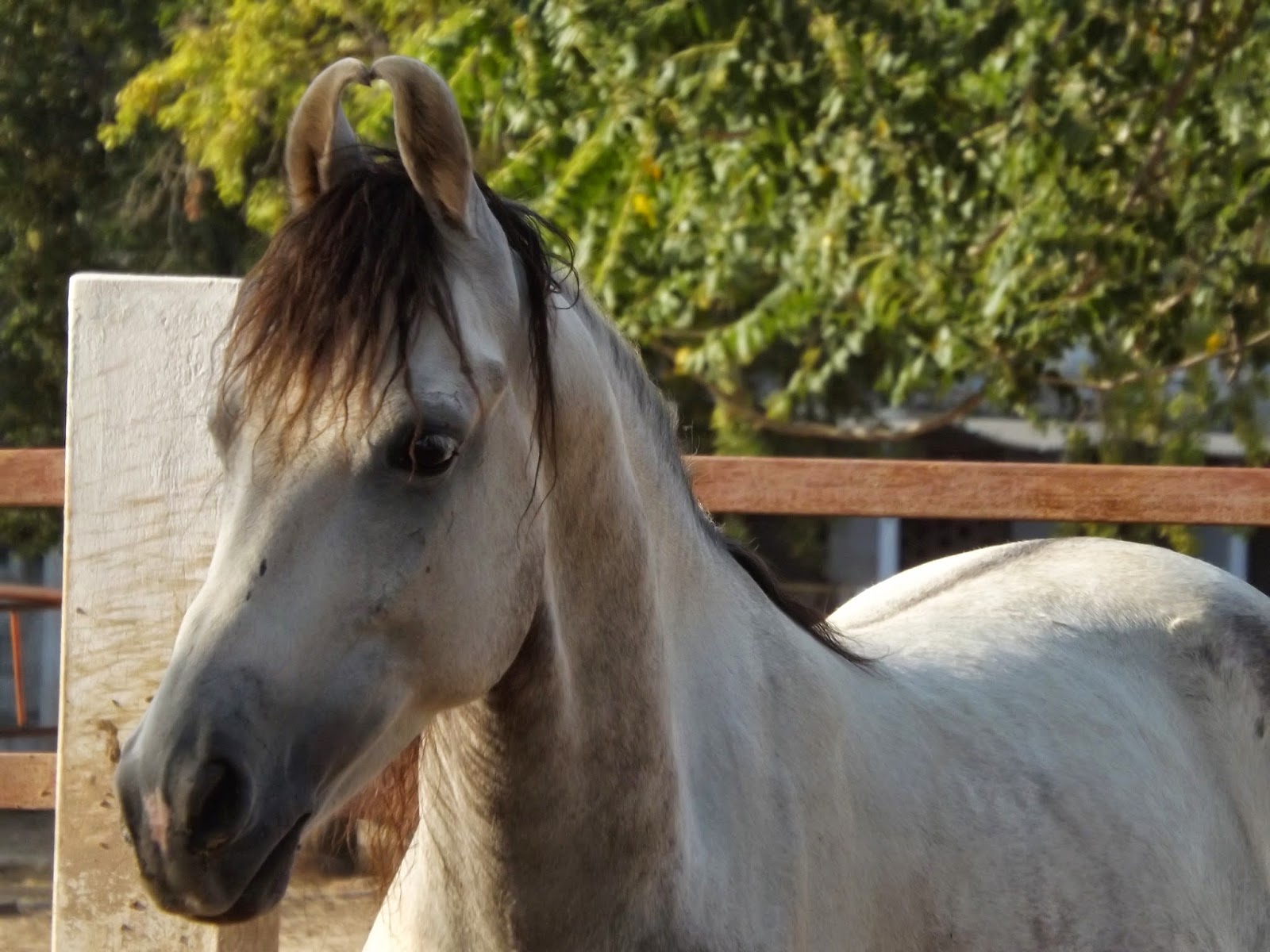 P
olicies put in place by the British, and later by independent India, led to the decline of the Marwari’s popularity.  By the 1990’s, there were only a few hundred pure Marwaris left in existence.  Since then, it has rebounded in popularity, but the government red tape as well as the slow process of rebuilding breedstock levels means that the breed is still very rare.  At this time it is estimated that there are only a few hundred pure Marwari horses; of these, about 70 live in Bonnie’s stables in Dundlod.
However, these horses require their own post... next time!
Posted by Meredith Cherry on October 28, 2014