Have Horse Will Travel podcast (S3E3): What Hollywood got wrong 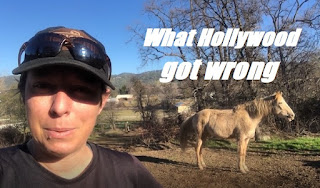 Hollywood loves a horse (and so do I, obvs). Is there anything more majestic than a horse running across the big screen? But in film after film, there are so many things that annoy any horseperson watching. Here are a few of my pet peeves (get it? because horses are ... nevermind). Plus, a scene from trail riding with Apollo, meet friend of the show Rex, and an update on Meredith and Apollo's plans to continue their cross-country journey.

Listen Here  or find us on your favorite streaming app.

Want to see the video instead? Head over to my YouTube channel HERE