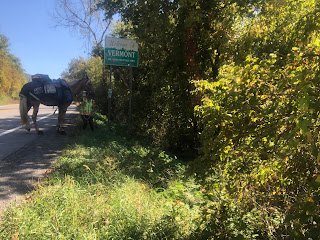 We did Vermont, the Green Mountain State, and our 30th state to venture through! 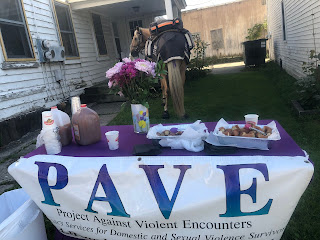 We started out in Bennington, with an event at PAVE (Project Against Violent Encounters). Bennington was the largest town I rode through, and the only one that had a domestic violence agency (there are numerous in the state, I just didn’t go through their towns). 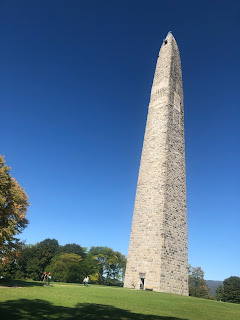 Bennington’s most famous building is the battle monument, visible from pretty much anywhere in town. It commemorates an important victory against the British in 1777. Although the battle took place just over the NY border, it was fought to defend the armory at this site, and was fought by militias from VT and NH. 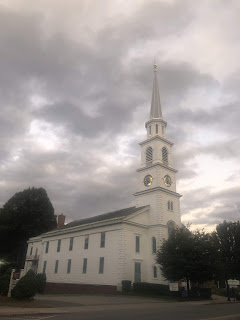 Vermont’s white steeple churches are so scenic.  Nearly every town has at least one. This picture was taken in Brattleboro. A cute town I visited (by car), Chester, had a nice downtown shopping district. I especially enjoyed the pie cafe and the used bookstores. 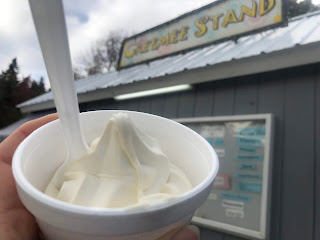 Speaking of sweet stuff, Vermont is of course known for being the maple syrup capital. Maple is used  to flavor ice cream, pie, liquor, and coffee, just to name a few things. By the way, if you want to eat soft serve ice cream in Vermont, it’s called “creemee.” 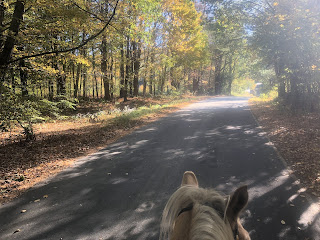 I was very lucky to be here during leaf season. What better way to be a “leaf peeper” (what tourists who come to see the leaves are called), than in the saddle! 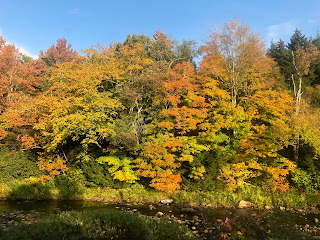 This was my best leaf picture. 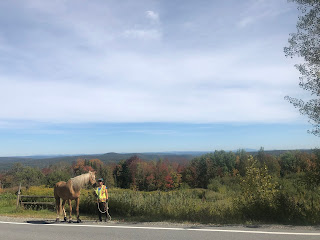 The views from the top of each hill were fantastic. 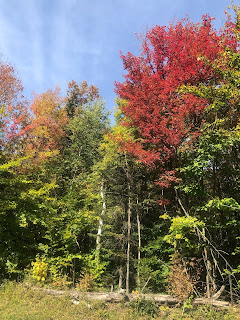 Every day, and every bend in the road, brought more beautiful fall colors. 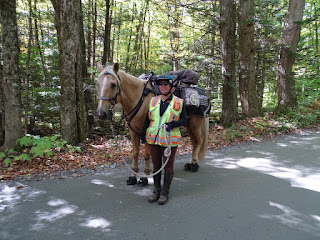 What a lovely and delicious place to visit.  Thanks, Vermont!
Posted by Meredith Cherry on October 09, 2019