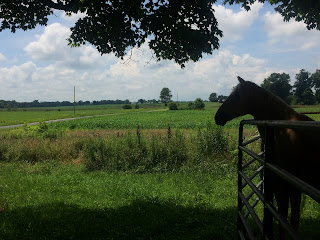 It took me exactly one month to cross Ohio, from Cincinnati to Wheeling West Virginia! It was a month full of fun adventures, delicious foods, and pretty landscapes. 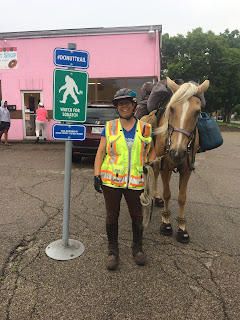 Apollo and I began our ride across our 26th state with a sugar-filled detour.  For the first week, we circled Butler County to do the Donut Trail! It was a fun break from our normal "get it done" schedule, not to mention being a week full of delicious donuts. 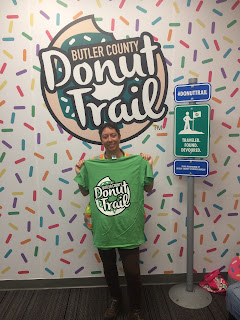 In Lebanon, we stopped to chat with some of the staff at the Abuse & Rape Crisis Center, who are doing an excellent job not just with helping victims but also with prevention through education.

In the Dayton area, I was treated to a visit to the National Museum of the Air Force, which was huge and very interesting! It took hours to walk through, and even then my host and I skipped half a hanger of planes because we got tired! 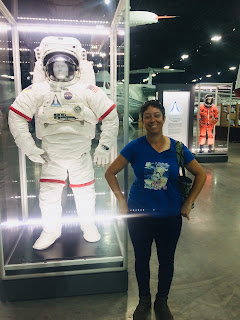 I love classic cars, so I was really excited when I got to go along to a car show in Xenia. 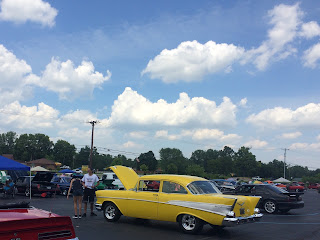 One of my favorite Ohio days was because of the great conversations and friendly people I met during the ride, starting at the historic Clifton Mill where I was invited to join a family for breakfast, chatted with more folks in the parking lot, and then talked with even more nice people in the next town I reached, also. 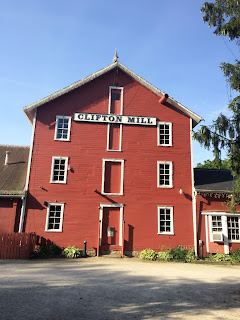 For the Fourth of July, I actually got to spend some time with my own family! Here's me and Apollo with cousin Shirlee.

Although Apollo stayed on the outskirts of Columbus, I got a ride into the city to see the capitol and more. 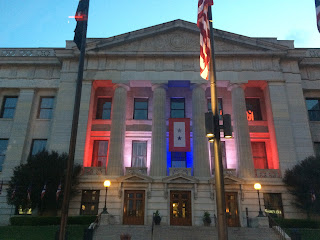 My favorite war memorial of the ride so far was in Zanesville, where instead of the usual list of local soldiers who lost their lives in war, had a pile of engraved helmets, one for each soldier. 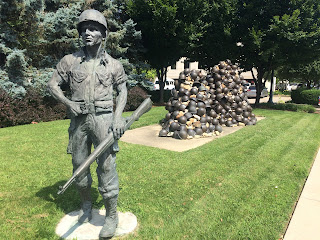 I was treated to an afternoon at The Wilds, a fantastic wildlife park where visitors get up close to the free-roaming rhinos, zebras, takins, and more. 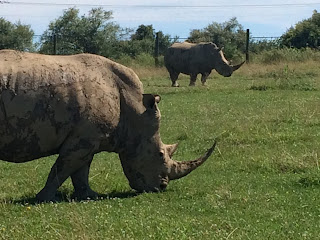 Apollo got a new and much needed accessory: a fly bonnet! Big thanks to Angel for donating and JoAnn for altering the ears to fit.  I added the purple beads since that's more domestic violence awareness themed than rust-colored. 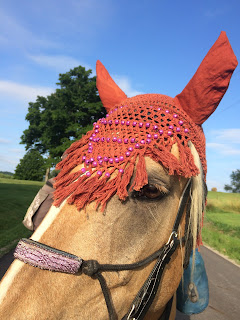 Apollo made a lot of new friends, too, including this palomino who - except for the length of mane, and having two full ears (Apollo's is missing a tip) - looks like his twin! 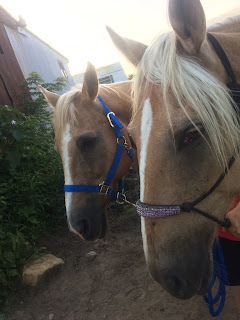 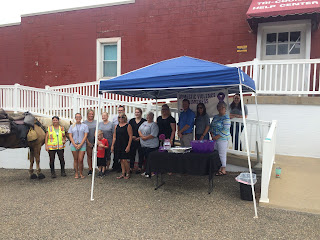 There were plenty of pretty landscapes across Ohio…. which, by the way, is not all flat cornfields as some who have not been here assume.  Here's a few of my favorite photos from across the state: 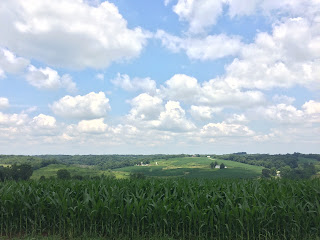 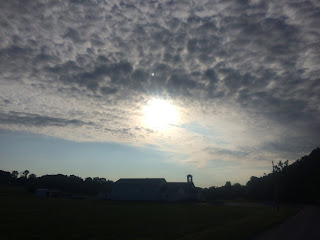 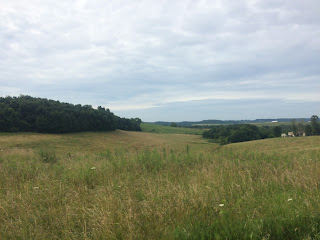