Time for a break in Indiana 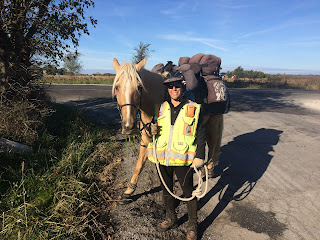 Winter is starting to set in around the Midwest.  That means it’s time to stop for the year (I won’t ride when it’s too cold - it wears me out, and is too hard for Apollo to keep up with the increased calorie needs). 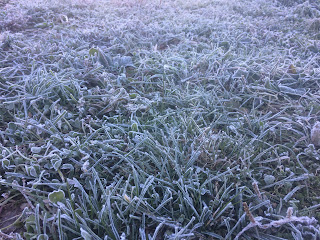 We made it over the Indiana border and into our 23rd state. The morning that we entered the state, this is what the grass looked like two hours after sunrise.  Brrr! 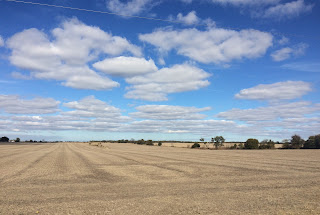 The little bit of time we spent riding in Indiana before stopping was pretty.  More flat farmland, and some small towns.  The blue skies and fluffy clouds were picture perfect! 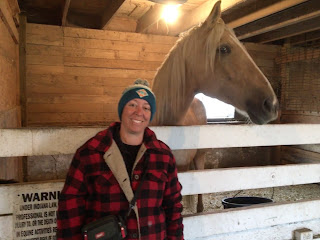 I spent my winters at home, while Apollo is boarded at a full care stable where we stopped riding for the year.  I got him all settled in at his winter home, and he seems quite happy there.  I’ll miss him lots, but I’m sure he’ll be well cared for while he rests up for next year. 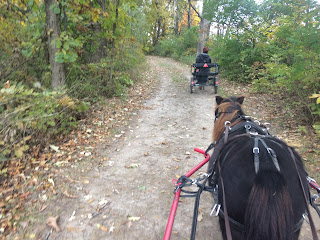 There was a big list of things to do before I could fly home.  But I also spent some time playing, too! One afternoon I took a break from packing and errands to drive minis with my host around a local park.  Too much fun.... I’ve been saying that Apollo needs his own mini friend (he loves them all), but now I want one so I can do this again! 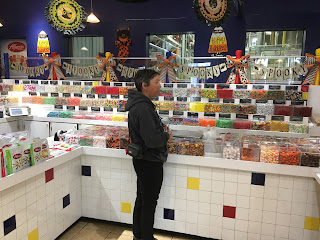 I had a lot of errands to run to wrap up my year.  Does stopping at a candy factory count as an important errand? I’d been told about Albanese Candy, and how awesome their gummy bears and chocolates are, so of course I had to include that in my to do list! So hard to choose, especially since I had limited suitcase space to pack up my sweet souvenirs. 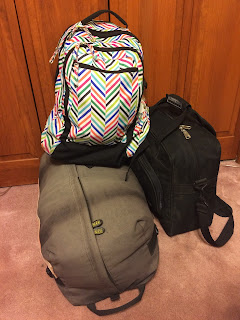 Fingers crossed for a short winter, so Apollo and I can get back to riding quickly!
Posted by Meredith Cherry on November 01, 2018