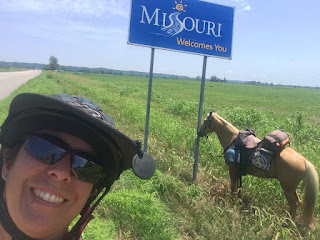 Apollo and I spent almost two weeks riding through the northwest corner of Missouri, our 15th state.  It is a beautiful state, with rolling hills covered in farmland and thick clumps of trees. 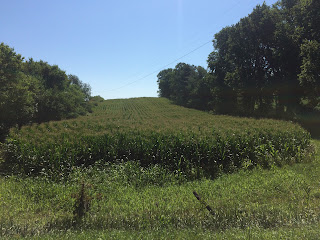 We entered the state from Atchison KS, crossing the Missouri River on a big, busy bridge and with our first police escort.  The Missouri River is of course not as big as some rivers in the US, but it’s certainly way bigger than nearly anything I’ve crossed so far, with the exception perhaps of the Columbia. 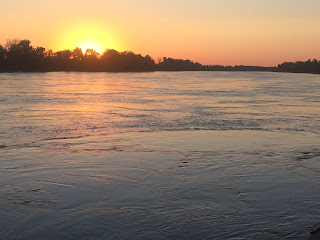 The biggest city in this part of the state is Saint Joseph, or “Saint Joe” as the locals call it, apparently being on familiar terms with the guy.  In the mid to late 1800’s it was even bigger, and was the launching point for many who traveled the Oregon Trail (and other westward migration trails), one of top five stockyards in the country, a major shipping and industrial center, and the birthplace of Cherry Mash. I did my best to support the local industry by eating several of these candies while I was there. 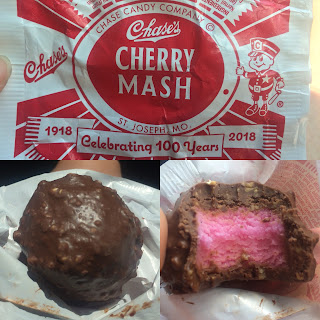 Saint Joe is also the place where the Pony Express riders set out on their epic rides to Sacramento to deliver mail to the West.  As several people so helpfully pointed out, I did the route backwards (as well as twice as far, and 20 times as long). 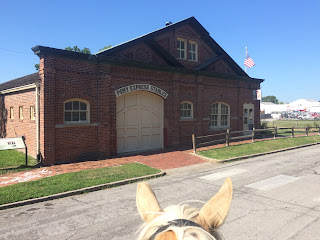 These days, its beautiful old red brick buildings still cover the city, and I was fortunate to be able to stop at one of them which houses the YWCA to meet with both shelter staff and residents (including a flock of children who were ushered out to pet Apollo). 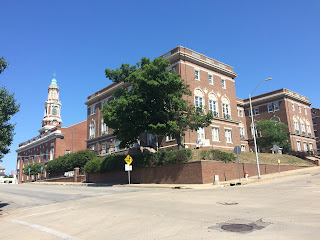 From Saint Joe, I rode north through more farmland and small towns. 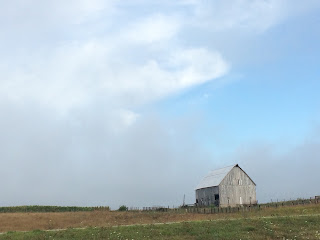 Also, we saw lots of corn. 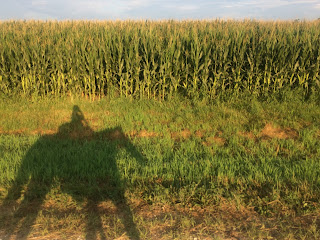 In Maryville, I stopped for the best food I had in the state: a shaved ice turtle sundae. This was shaved ice with pecan, chocolate and caramel syrups, with a scoop of vanilla ice cream in the middle. 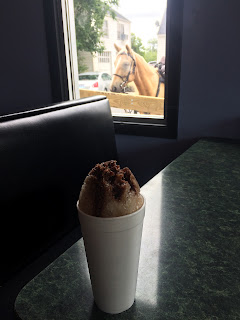 Maryville, being the county seat, featured a gorgeous clock tower courthouse building in its town square.  This town also had many other lovely old buildings, but none held a candle to this one. 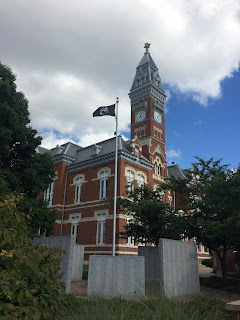 I had the great opportunity to be in Maryville at the same time that the Methodist church was dedicating their Sunday service to the issue of domestic violence.  Several members of the community helped to get me in touch with the pastor, who was quick to organize an addition to their program so that I could also speak to the congregation. 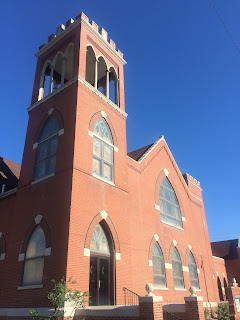 After a few more days of riding through farmland and tiny towns, I made my way out of Missouri on the northern border.  I should have liked to see more of the state, especially the Ozarks which I heard so much about from the locals.  I’ll just have to come back some day and explore some more! 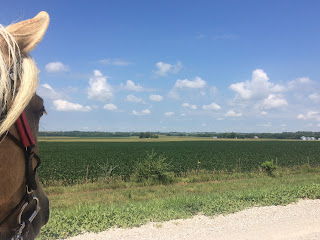