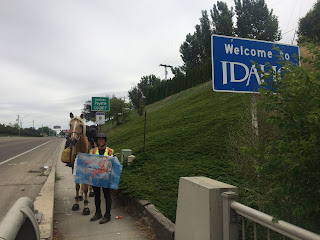 We have spent more riding days in Idaho than any other state so far, and what a time we had! 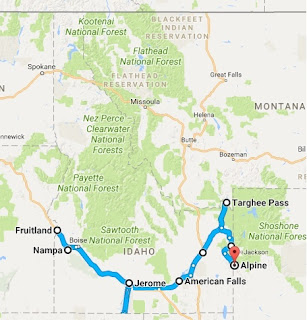 We entered the state in Fruitland, rode to Nevada and Montana, and finally finished the state near Alpine Wyoming, a total of approximately 900 miles within the state borders. 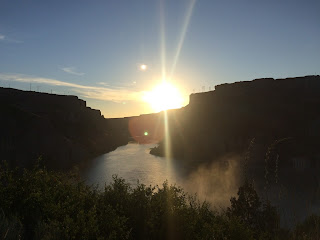 Most of the time spent in Idaho was along the Snake River valley.  I have lost track of the number of times we've crossed this river.  Always scenic, but changing in character as it crosses the state, it is sometimes a friendly backyard boating spot, and other times at the bottom of a deep canyon. 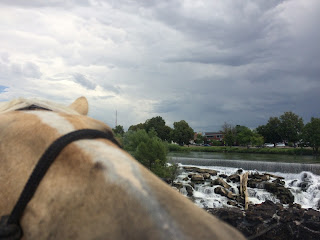 And sometimes a roaring waterfall, such as here in Idaho Falls (a perfect setting for an Apollo photobomb!) 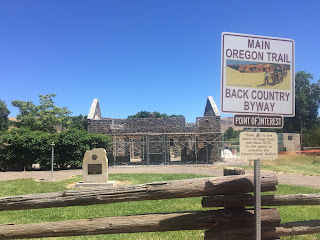 The route also followed the Oregon Trail for many weeks.  This is a picture of a former stagecoach stop that was built on the Oregon trail. 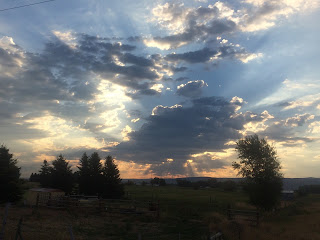 It's been a very hot month, and I tried to schedule each day's ride to start at dawn and end by lunch.  I really enjoyed watching the beautiful sunrises from horseback. 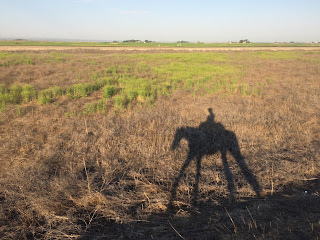 Idaho has quite a variety of landscapes.  From the sagebrush of the high desert... 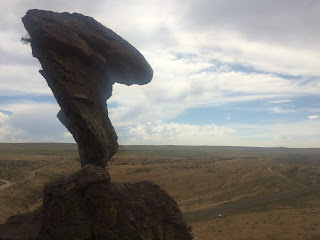 ... to interesting geology and mountains, such as Balanced Rock park... 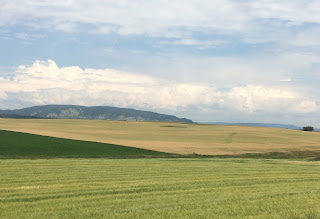 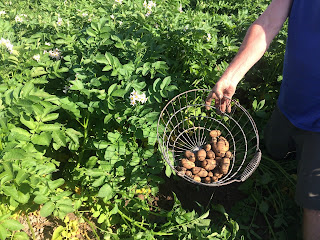 ... including potatoes, of course! 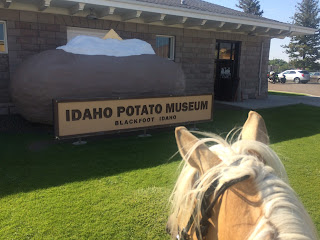 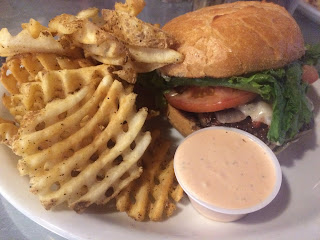 I enjoyed eating Idaho potatoes at every opportunity.  And the Idahoan potato necessity - fry sauce! 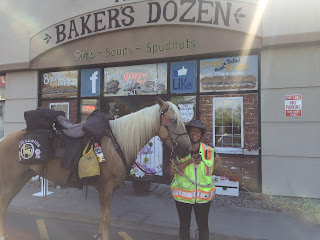 Potatoes can be found in many unique forms here.  Even in donuts! Spudnuts, as they are called due to the use of potato flour in the batter, are wonderfully delicious. 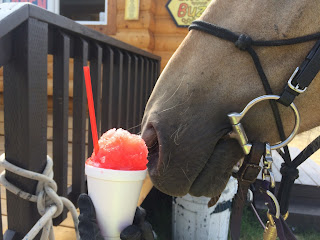 Another food favorite in eastern Idaho is snow cones. I've never seen so many snow cone shops as I have in this part of the state! They're as numerous here as coffee spots are in Washington. 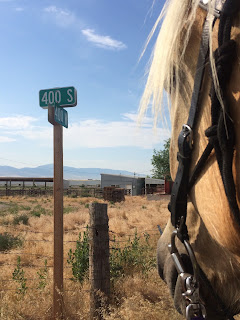 Idaho has had the best roads for riding on.  And it also has the most confusing street naming systems. 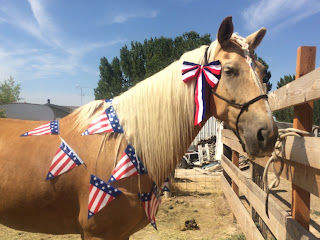 We spent Fourth of July in Jerome, near Twin Falls.  I couldn't resist dressing Apollo up for the holiday! 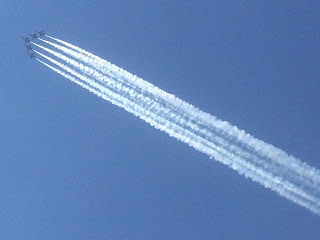 We made it to Idaho Falls in time for a big air show, featuring the famous Blue Angels.  I was so excited to be able to see them perform! 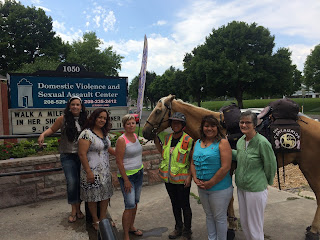 We stopped to talk to several domestic violence groups across the state, including the DVSAC of Idaho Falls, whose staff and volunteers gave us a particularly warm welcome. 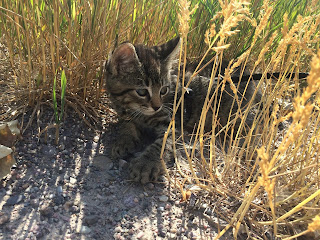 Apollo and I gave our own welcome to our new travel companion Hermes, who met us in Buckley and joined us a few days later in Pocatello. 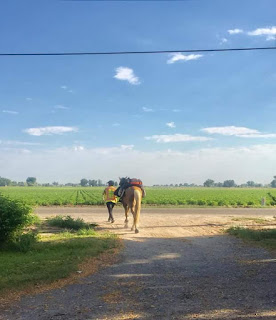