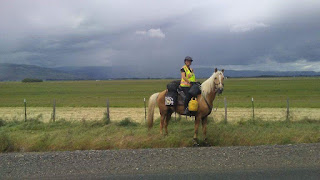 I've made it to Idaho, by way of eastern Oregon.  I had already travelled through Oregon earlier this year as I headed up the coast to Washington.  It was shorter for my route to "repeat a state" as I head east... and Oregon is good state to visit twice! 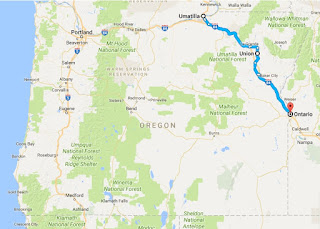 We re-entered the state in Umatilla, and rode in as straight a line as possible to Ontario, a distance of about 240 miles.

Eastern Oregon is just as pretty as coastal Oregon.  Maybe even prettier in some places! The eastern side of the state has the reputation of being all desert, this is not accurate.  Sure, a lot of it is, especially in the rain shadow of the Cascades (such as Pendleton and Bend).  But as I travelled even farther south east I was pleasantly surprised to find verdant green meadows and forested mountains.  Quite different from the sagebrush that this side of the state is known for.

Much of my ride through eastern Oregon followed the historic Oregon Trail.  My route was dotted with old buildings and barns, and historic markers.  The people too maintain that good old fashioned hospitality.  And just as it has since the area was settled in the late 1800's, rodeo is still the thing.  I was lucky enough to stay at the grounds of the largest of them in Pendleton, and then to attend one in Union.

Even though we've now been doing this for almost half a year, there are still experiences for Apollo to learn about.  This time, it was trains.  We've been getting progressively closer to passing trains throughout the ride.  But until Pyles Canyon, we were lucky to have a train-free track whenever we were right along side one.  It was inevitable that would last though, and Apollo finally got up close to a moving train.  Actually to three of them, although the first was closest - and noisiest, as it was coming around a bend where it passed us, with horn blaring and wheels screaming. Apollo was nervous but didn't try to run away, which is a big success for a brave road horse!

Here's my favorite landscapes and moments from eastern Oregon.  So many pretty places! 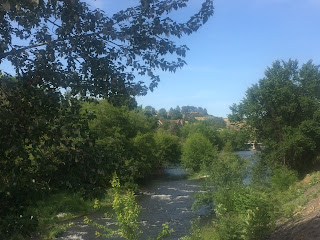 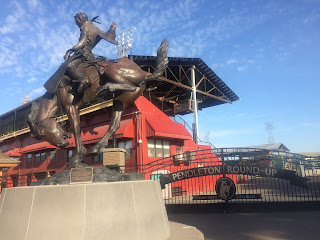 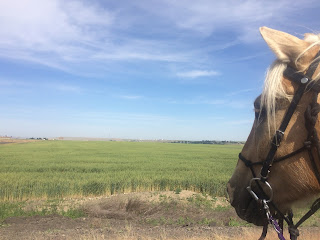 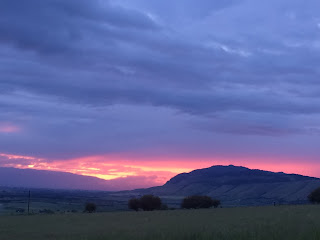 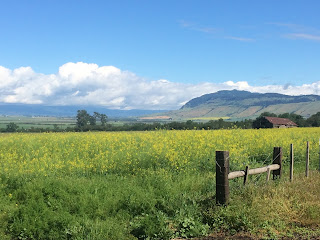 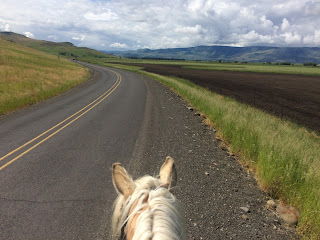 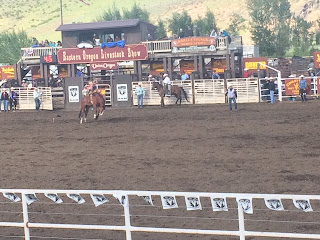 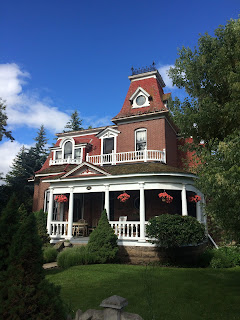 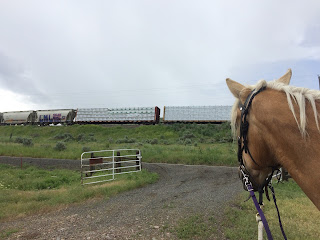 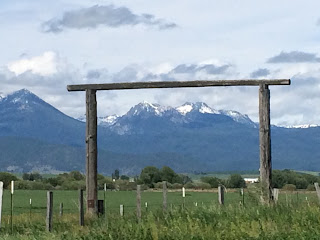 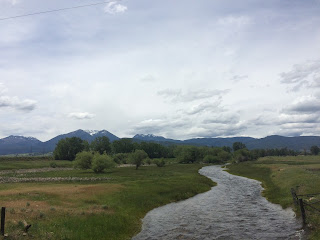 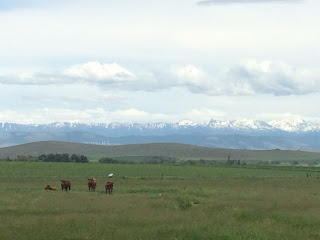 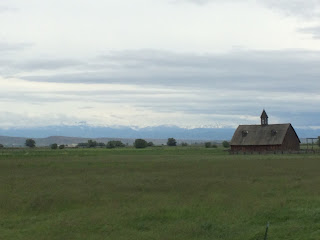