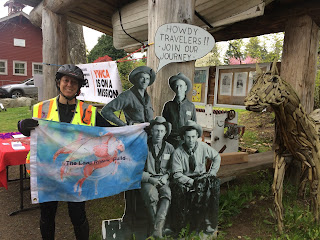 On May 1, 1912, four horsemen rode up to the steps of the capitol building in Olympia Washington, as the official start of their 48 state capital tour.  They had left the small town of Shelton a few days before, from which they had set out on a tour of the US that they hoped would make them rich and famous.  No horsemen had ever previously completed such a route, and as the age of the automobile dawned, these men thought the public would love such a spectacle.

Unfortunately for the Westerners, their successful ride of 20,000 miles made over the next three years did not in fact enjoy any public applause.  In those days, horses were called "hayburners," a derogatory term indicative of their status as slow yet expensive transportation when compared to the much more desirable automobile.  When they eventually rode into San Francisco after hitting the last of the 48 capitals, they were told to get their horses off the streets.  The Westerners shipped themselves home and resumed their daily lives, their feat quickly forgotten by nearly everyone.

Happily for us, there were a few who remembered, and their accomplishment is now the focus of two museum exhibits: an award winning exhibit at the Bainbridge Island Historic Museum, and another exhibit at the Mason County Museum (located in Shelton).  Here, some of the Westerners photo documentation and journals are preserved for the public to enjoy.  These long riders are also recognized by the Long Riders Guild, where you can read more about their journey.

Apollo and I were able to visit both museums to pay tribute to these horsemen while on our ride through Washington.  At Shelton, we were greeted by museum staff and city officials who braved the pouring rain to learn about the Overland Westerners and the Centauride.  In Bainbridge, we had a warm welcome from the museum, the YWCA, and over a dozen people (thanks in part to the nice article in the Bainbridge Island Review).

It was quite an honor to be able to ride to these towns and walk in the footsteps of those historic horsemen! 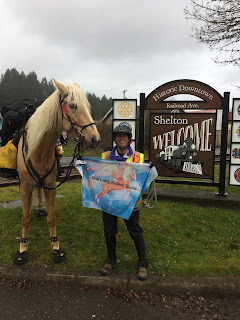 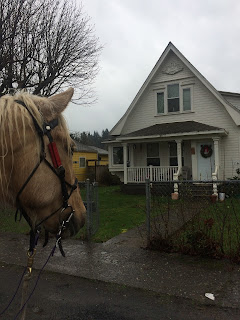 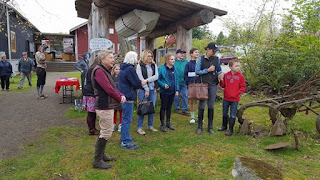 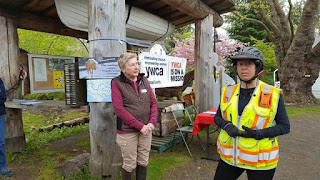 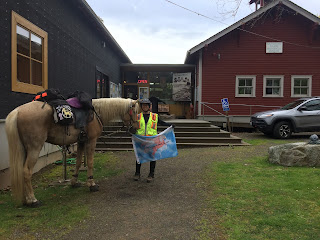 Apollo and Meredith at the Bainbridge museum
Posted by Meredith Cherry on May 01, 2017