Back in the saddle

Last week I realized that my statements about the Centauride had changed from "I am doing it" to "someday I'll do it."  Not good! So I took a good look at what was causing this mental shift, made some changes to my outlook, got re-motivated, and worked on my plan.  Now I'm back on track to hitting the road... and so is Apollo!

Today I rode him for the second time ever.  The first time was the better part of a year ago, but he needed so much ground work (not to mention our three month training hiatus while I was in India) that I had delayed getting back in the saddle.  Until today, that is!  We walked patterns and circles in the round pen, similar to what we'd been working on at liberty and on the lunge-line.  He was not perfect, which was to be expected... but did better than I thought he would! 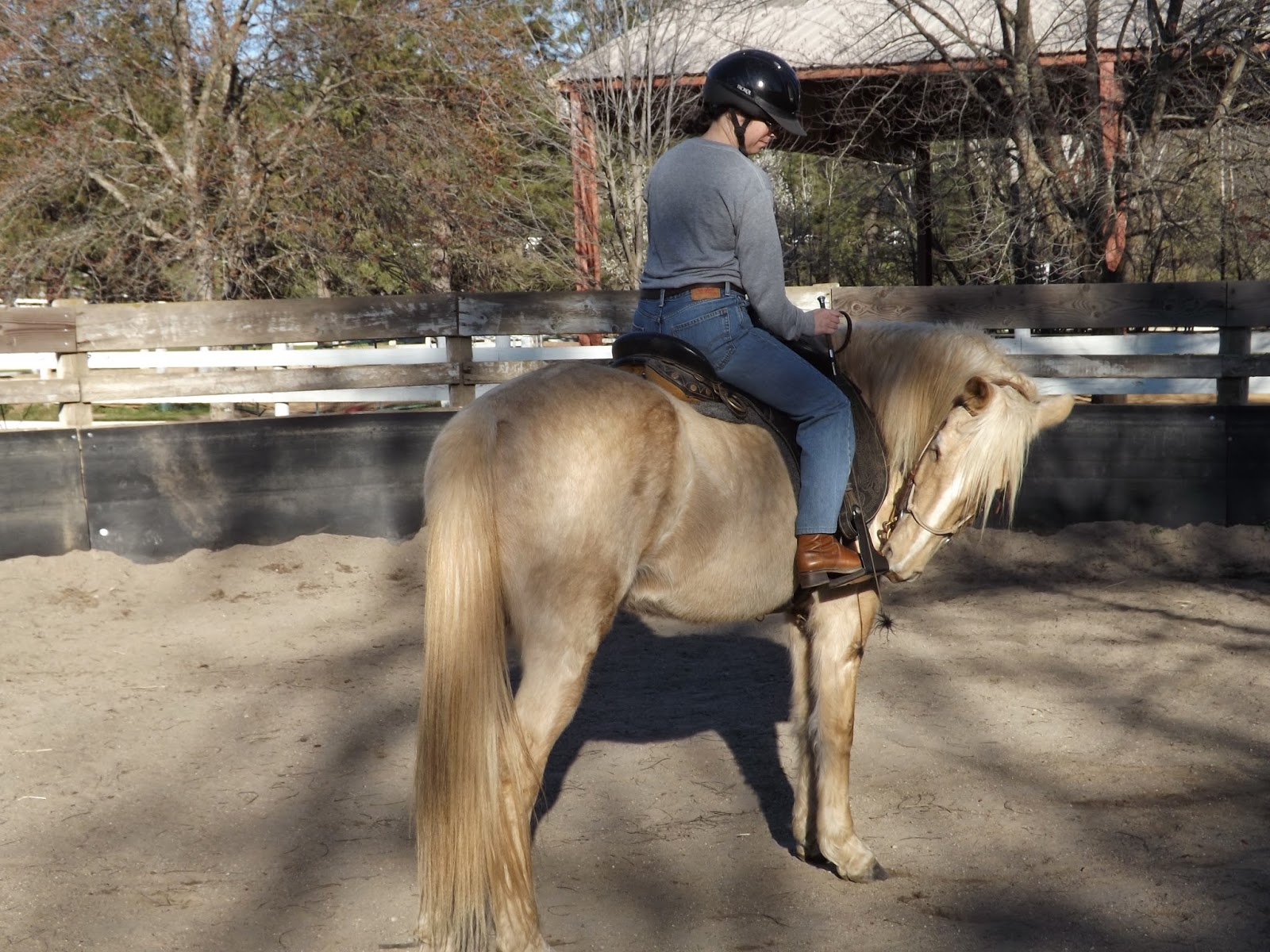